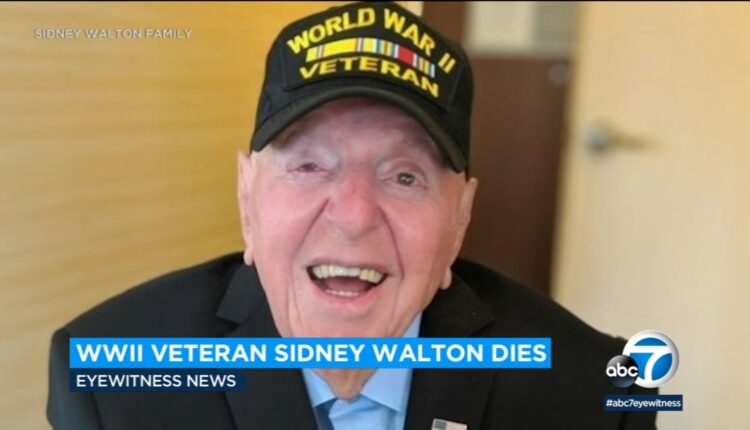 Sidney Walton, 102, died on Saturday. He was surrounded by his family.

Walton gained national attention as one of the few remaining WWII veterans and began traveling with his son. During his trip, Walton met celebrities across the country including the Dalai Lama, Prince Harry and President George Bush Sr.

In 2018, shortly after Walton’s 99th birthday, he embarked on a new journey he called the “No Regrets Tour”.

The goal was to visit all 50 states and meet their governors to raise awareness about veterans and to enable as many people as possible to meet a World War II veteran. According to his website, he reached 40 states as part of his tour.

Many remembered Waltoon for its unique, patriotically wrapped Buick Enclave that became an iconic image in photos.

The funeral will take place on Thursday, October 7th at 3 p.m. at El Camino Memorial Park in San Diego

A GoFundMe was set up to pay for the expenses.

For more information on Walton and his goal of bringing America together, please visit www.GoSidneyGo.com.