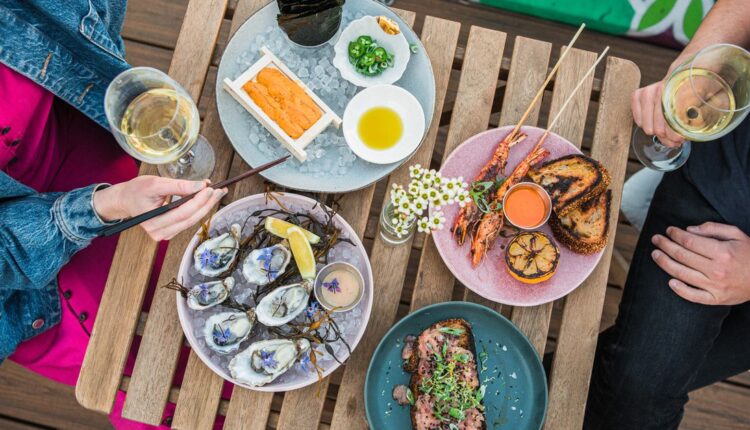 Last Friday night on Main Street in Santa Monica, Vamos Vamos was quoting a one-hour wait to solo diners at 6 pm — despite the New Mexican-inspired restaurant from Silverlake Wine owners Randy and April Clement only being on its third night of service. Others lucky enough to score a table nearby at raw seafood hotspot Crudo e Nudo were catching up over glasses of natural wine and plates of impeccably fresh fish on the buzzing parklet patio. Further up the street, young diners were milling about outside Little Prince, waiting for seats, and a line was forming at Augie’s on Main, the new panko-crusted “dirty” chicken spot from legendary Los Angeles chef Josiah Citrin, which also opened its doors last week.

For years Main Street was a mixed bag of boozy frat-boy bars and timeless restaurants (think the Galley, Wolfgang Puck’s Chinois, and La Vecchia Cucina, which literally translates to “the old kitchen”). The Santa Monica-to-Venice stretch lived in the shadow of Abbot Kinney and Rose Avenue further south, where serious restaurants drew in big money and large crowds. But now the highly walkable Main Street, located steps away from the Pacific, suddenly has its very own buzz — and there are more projects on the horizon, too. Has Main Street suddenly become…cool?

While Main Street has always been a hospitality hub, the biggest recent shot in the arm came in 2019 when fine-dining Dialogue chef Dave Beran opened lauded French restaurant Pasjoli, serving pressed duck tableside and drawing in an upscale evening audience. The year 2021 saw a boom in growth as pandemic diners flocked to the Westside for open-air evenings near the water. Both Crudo e Nudo and stylish Southeast Asian restaurant Cobi’s opened in April and October, respectively, along with hard kombucha brand JuneShine. Many operators credit Santa Monica’s parklet dining setups with keeping them afloat; the city recently announced that the Outdoor Parklet Program will be going permanent. 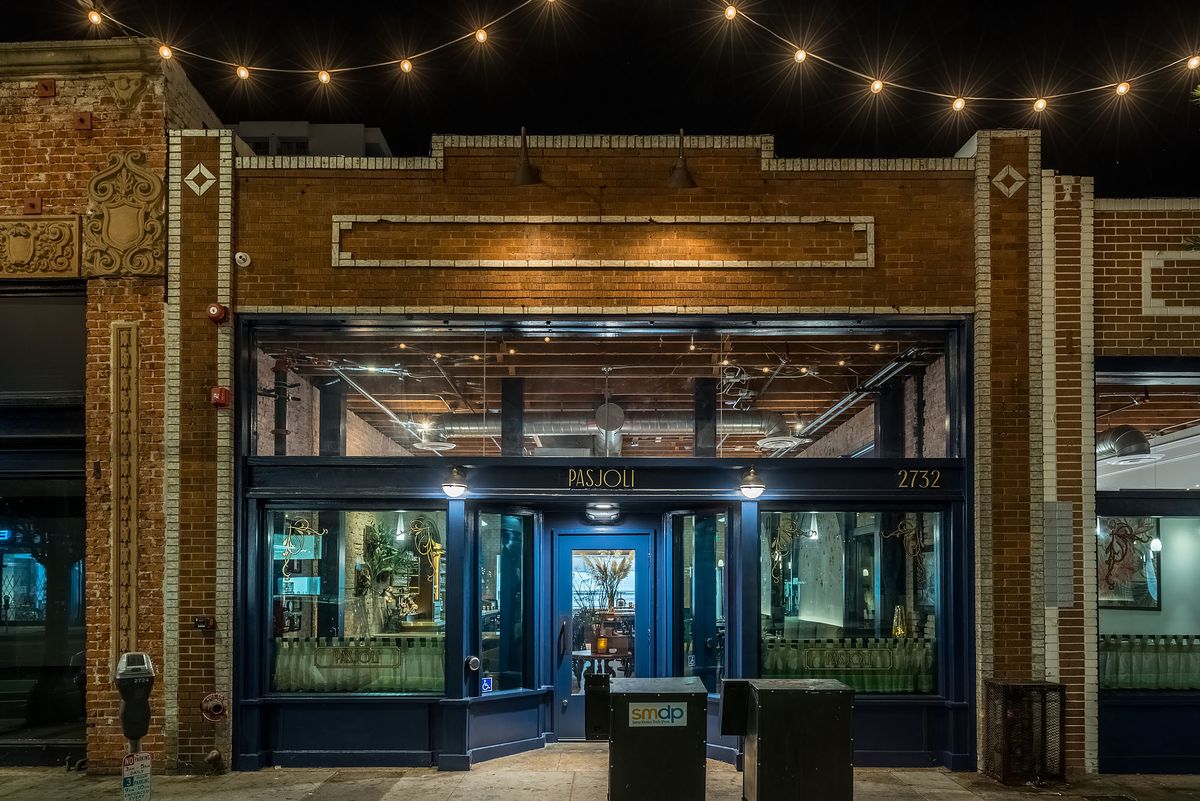 “Main Street’s got this quaint thing where the units aren’t big enough to be interesting to, say, a Ruth’s Chris [so] they go to downtown Santa Monica,” says Culhane’s partner Brian Bornemann. “Main Street is where Venice and Santa Monica meet, and is both a thoroughfare and walk street. You get a mix of foot traffic and driving traffic.”

He adds: “It’s also got this locals-only Westside vibe. You’re not getting random tourists. Every day kind of feels like an episode of Cheers.”

“It’s also got this locals-only Westside vibe. You’re not getting random tourists. Every day kind of feels like an episode of Cheers.”

Cobi’s owner Cobi Marsh says that Main Street has lots of local appeal. “People are tired of towing,” she says. “To be able to walk to a restaurant is the platonic ideal of a community.”

Randy Clement of Vamos Vamos, which has been packed with diners clamoring for nachos and margaritas since opening, credits the area’s recent growth to a number of factors, including being near the beach (“there’s something about the ocean air that you can’t explain “). He, too, credits the city of Santa Monica and local diners as well. 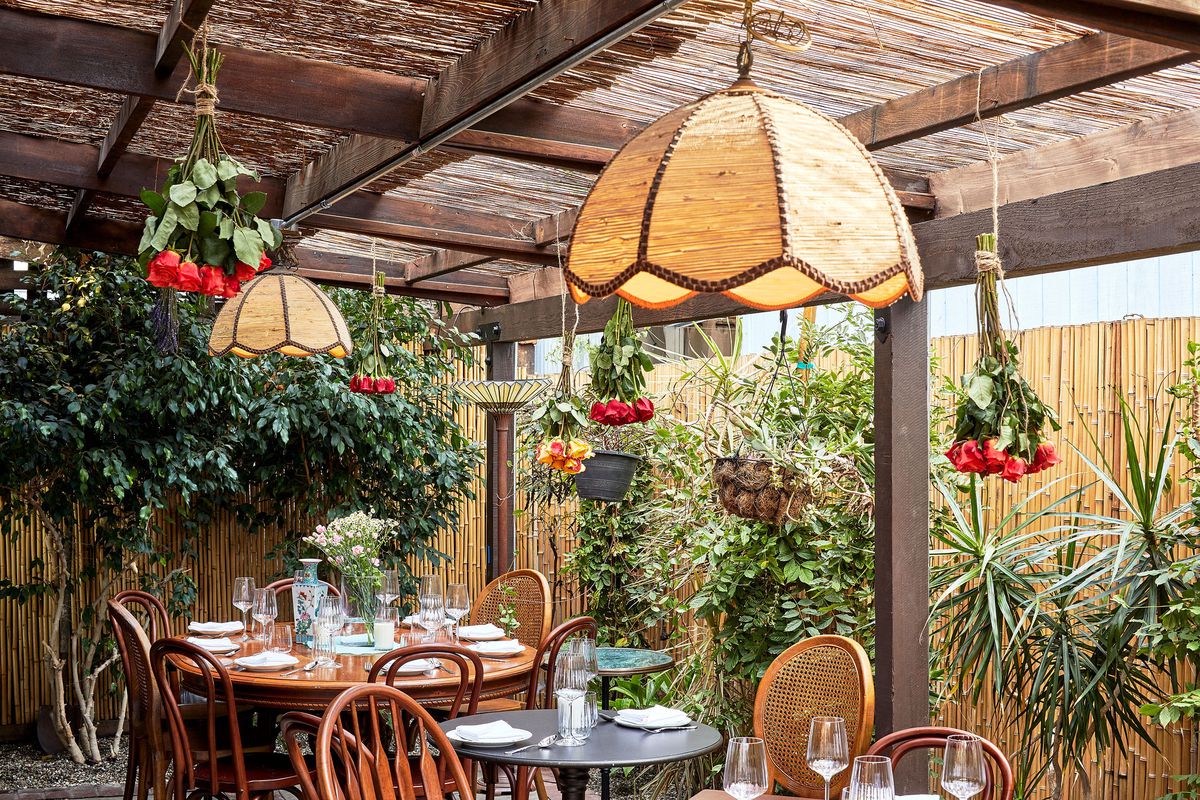 “There’s a wholly supportive network of people that have the best interest of the street and city in mind,” Clement says. “The wind of optimism and hopefulness and thankfulness is having a permeable moment on the street, and it’s attracting good. The people that have come to Vamos Vamos could not be nicer and more excited about having something new.”

There’s more to come for those diners who are excited about all the newness. At the north end of the street, taro donut specialist Holey Grail Donuts, which recently secured $9 million in investment, is expected to open a brick-and-mortar in October. Down near Rose (and technically over the Venice line), a larger outpost of Melrose butcher shop Standing’s Butchery is coming later this year; an adjoining restaurant space will be split by Breakfast by Salt’s Cure in the morning and Burgers by Standing’s come afternoon. Roman slice shop Triple Beam Pizza is reportedly taking the space at 2905 Main Street, a former Sam’s Bagels, and there are rumors swirling about several other well-known restaurant groups with leases in the works.

“For us, being on Main Street was really a chance to return to our roots, since we started our pop-ups at Surf Liquor and were kicked out, but then came back with a food truck,” says Gordon. “It’s kind of a full circle thing. Heavy Handed has always really resonated on the Westside.”

“It’s so great having all this complementary restaurant business, with other young owners,” Gordon adds. “You can really feel the energy.”

Indeed, that energy doesn’t seem to be subsiding anytime soon — and the Westside is here for it.