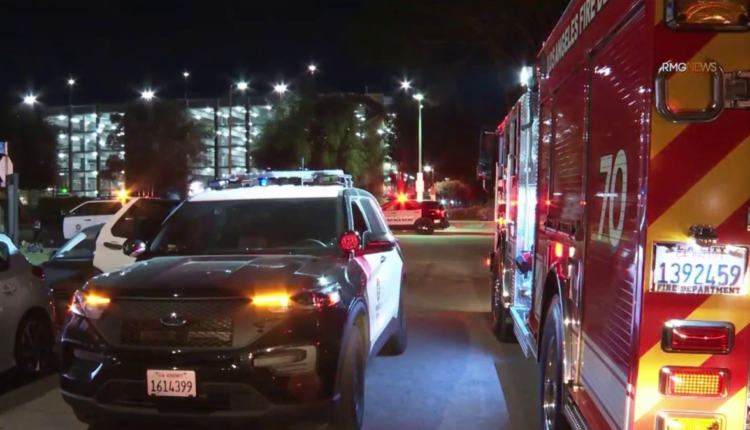 A man was fatally shot during an early-morning confrontation Friday in the Northridge neighborhood of Los Angeles.

Officers from the Los Angeles Police Department were called at 12:30 am to the 18400 block of Dearborn Street, near the California State University Northridge campus regarding a shot fired call, said LAPD Officer Rosario Cervantes.

Witnesses told police a man had been shot by a gunman in an apartment, who then ran from the scene.

The victim was pronounced dead at the scene, Cervantes said.

Investigators say the victim and shooter had no ties to the university.

“Apparently the victim was visiting here, for one reason or another the suspect became upset with him and shot him,” LAPD Detective Steve Castro said.

The investigation is ongoing.