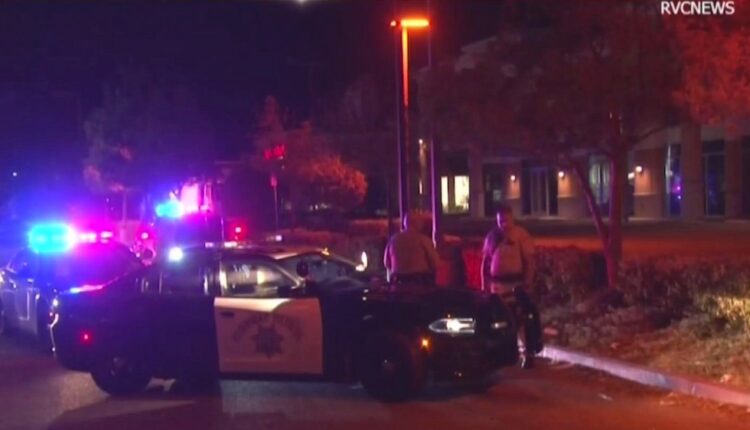 At 11:52 p.m. on Sunday, a sheriff’s assistant saw a person walk out of a 7-Eleven at 10205 Lake Jennings Park Road in Lakeside. A witness told the deputy that the person had just robbed the store, Lt. Mike Arens from SDSD.

The MP tried to do a traffic control but the person drove away, Arens said. The deputy chased the driver west on Interstate 8 and called the California Highway Patrol for help.

Three people were in the BMW that was being tracked by the authorities as it turned north on Freeway 15. The BMW eventually pulled into Murrieta, Riverside County, before stopping at a Shell gas station with possible engine problems, according to Murrieta police.

The three people inside the BMW are said to have left the car and tried to steal another vehicle. One was found in the bushes near a shopping center, the police said.

The San Diego County Sheriff’s deputies arrived on site and used a trained K-9 dog, but one of the wanted people shot him dead. The robbers tried to flee, but were caught and taken into custody, the police said.

Arens said the dog had been taken to a nearby veterinarian and is expecting a full recovery.