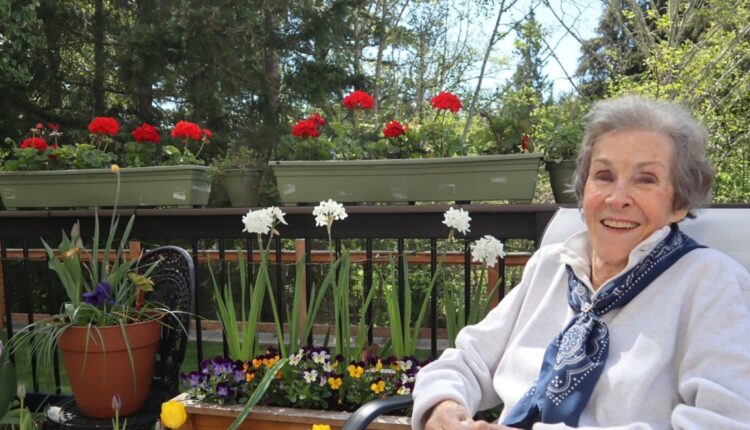 Sheila Benson, who was chief film critic at The Times from 1981 to 1991, died on Feb. 23 in Seattle at age 91. Her death was confirmed by her daughter, Eden Umble. A cause of death was not disclosed.

Benson was born in New York City on Dec. 4, 1930. Her father, Dwight Franklin, was a costume designer on many films, including Douglas Fairbanks’ “The Black Pirate.” Her mother, Mary McCall Jr., was a screenwriter and novelist who was a charter member and the first female president of the Writers Guild of America.

Able recalled how the family put together a book of remembrances for Benson’s 90th birthday because they couldn’t have a proper party due to COVID and that “we heard from so many people who said that because of her, they had a career, because she went out of her way to do something for people, because she believed in them and because she could. It’s a huge part of who she was, she was very generous and very thoughtful, and she was a great cheerleader. She was a great person to have in your corner.”

Prior to joining The Times, Benson was film critic of the Pacific Sun in Mill Valley, Calif., for eight years and reviewed film for a Marin County radio station. She also served as a film critic for Microsoft’s interactive movie guide Cinemania from its entire run in the 1990s. She was a member of the National Society of Film Critics, the Los Angeles Film Critics Assn. and the Alliance of Women Film Journalists.

Benson also taught a course on critical writing at UCLA. She was on film festival juries at Berlin, Sundance, Seattle and others. Her writing also appeared in publications including Variety, Film Comment, Premiere and the New York Times.

After working at the LA Times, Benson moved to Seattle in 1996 and had most recently lived in Bellingham, Wash.

Barbara Saltzman, Daily Calendar editor at The Times when Benson was film critic, recalled, “No matter what Sheila wrote, whether it was a positive, lukewarm or negative review of a film, you could always sense that she had a tremendous love and affection not only for the art of making movies but also for the people who made them.

“She firmly believed that no writer or director or actor set out to make a bad film,” added Saltzman. “Whenever she did criticize a film she did so with an inner kindness that made her critique more of a lesson on what not to do, than a callous, random attack. Because of that, I think the people whose films she reviewed always felt she was on their side even when she noted in print that the film was not very good.”

Her time as film critic at The Times coincided with the rise of both the ’80s Hollywood blockbuster and the American independent scene. Among her notable reviews at the time was “Return of the Jedi,” where she astutely foretold the longevity of the “Star Wars” series.

She panned the first “Back to the Future” but gave a positive review to its first sequel, “Back to the Future Part II.” Among her many other reviews were positive notices for Jonathan Demme’s “Something Wild” and “Married to the Mob” and Steven Soderbergh’s “Sex, Lies and Videotape.” She was an early critical supporter of filmmaker Michael Mann and actress Laura Dern.

Contrary to the popular conception that critics at the time all hated it, Benson gave a mostly favorable review to Elaine May’s “Ishtar,” capturing what many have come to appreciate about the movie in more recent years. Celebrating the film as “a love letter to show-biz dreamers” Benson added, “It is a smart, generous, genuinely funny affair. Sometimes, like the camel who almost ambles away with the picture, it’s longish in the tooth, but it is based on an extremely amazing vision of life.”

That sentiment was echoed by Chuck Wilson, a film critic in Los Angeles who was mentored by Benson. As he recalled, “She just was exuberant. Sheila lived brilliantly. Sheila lived so fully every day. Sheila loved the movies, but she really loved living. She taught you that life was always better than the movies.”

She is survived by her third husband, businessman Herman Hong. Her previous husbands, photographer Charles Ashley and real estate developer Walter Benson, both predeceased her. Benson had three daughters — Eden Umble and Ann Brooke Ashley with her first husband and Caitlin Hartford with her second. She had four grandchildren. She is also survived by a sister, Mary David Bramson, and niece, Laurel Phillips.