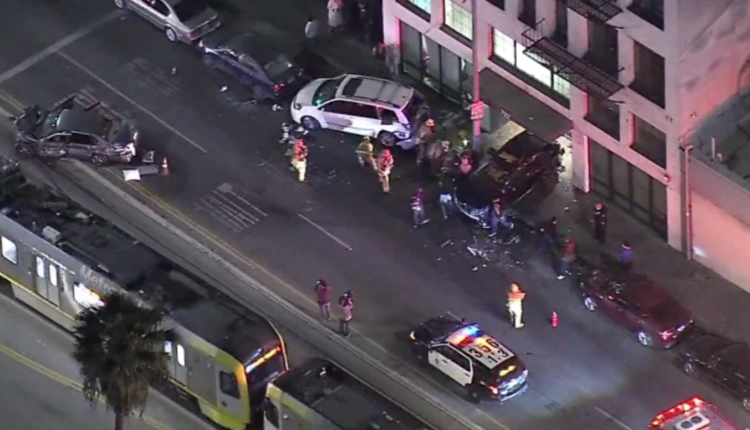 Los Angeles Police and Fire Department were on the scene of the incident, where at least three of the cars impacted could be seen with considerable body damage.

According to initial incident reports, the moving vehicle collided with the parked vehicles at such speed that they were thrown into the side of the building adjacent the road.

With Sky9 Chopper overhead, fire crews could be seen assisting at least on person from a vehicle and placed on a stretcher, before they were transported from the scene. The road was littered with debris from the vehicles that were involved.

While the incident occurred just feet within the Metro train tracks on the street, the train was untouched and unrelated.

It is unreported if any injuries occurred.

This is a developing story. Check back for details.