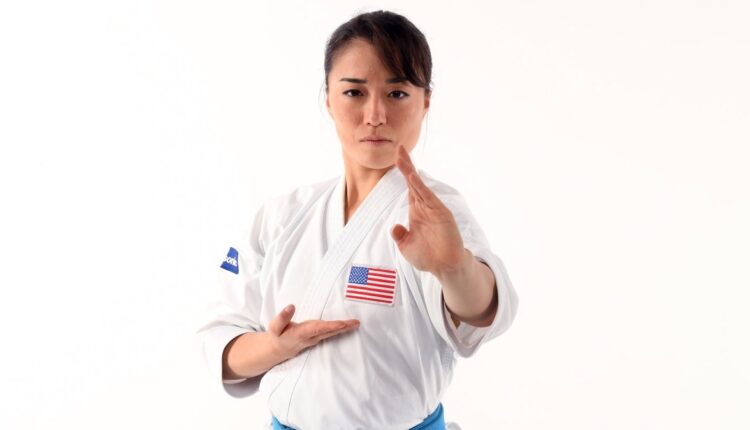 Sakura Kokumai will be the first U.S. female athlete to compete in karate when the sport debuts on day 13 of the Tokyo Olympics.

The 28-year-old who lives in Southern California started karate at the age of 7 when his family lived in Hawaii. She lived in both Hawaii and Japan growing up and won her first World Cup medal in 2012.

“Karate has been a part of my life for a long time,” she told TeamUSA.org in September. “It may be new to the Olympics, but there are so many karate practitioners all over the world and I think that people who practice karate have a very personal relationship with the sport. I hope the Olympics will allow people to see what we are doing and why we are doing what we are doing. “

Sakura Kokumai is the first American female karate athlete in Olympic history. As a Japanese-American, she takes great pride in representing the United States at the Tokyo Olympics, but she has also suffered discrimination near her Orange home. In this Life Connected Olympic Edition feature, Kathy Vara shares how Sakura continues on her unique journey to Tokyo.

The seven-time national senior champion will be the only American among 40 athletes to compete in karate in Tokyo.

New to karate? Here’s how you can see when the sport makes its Olympic debut.

The elimination rounds, which can be streamed here, begin Wednesday at 6 p.m. PT. Click here to see the semi-finals and finals scheduled for Thursday at 1 a.m. PT.

Generations of determined athletes like Kokumai have trained, studied and worked together for half a century, overcoming setbacks and patiently refining their martial arts for the big moment.

This epic quest ends Thursday – Wednesday night in California – when some of modern karate’s brightest talents step on the tatami at Nippon Budokan to begin three historic days of competition on its Olympic debut.

“After Tokyo, nothing will be what it is for karate,” said Antonio Espinós, president of the World Karate Foundation and a driving force behind its Olympic addition.

Espinós has spent his life in karate as a competitor and leader, and the 73-year-old Spaniard exudes satisfaction to have reached this milestone in Japan. Karate is ubiquitous as a stylized cinematic tool and leisure activity, but its current form of competition is often either unfamiliar and misunderstood or ridiculed as boring.

Will casual athletes like what they see from Tokyo? This is not going to look exactly like the All Valley Tournament in “Cobra Kai,” and it is definitely not a Chuck Norris movie.

Espinós is still confident that real karate can captivate the world.

“His life will change and millions of people will discover the sport, the martial art,” he said. “The Olympic Games are a unique scenario for this sport that no other opportunity can offer. I am sure we are prepared. We have been working for many years to have this possibility. “

Karate is of course already known in every corner of the world. It has had an indelible presence in film and television for decades, and thousands of dojos thrive on the city streets and in shopping malls around the world.

But as one of four new Olympic sports added to the Tokyo program, the competitive forms of karate will receive unprecedented mainstream attention.

The Olympic competition is held in both kumite – competitive parring – and kata, a form demonstration that is often compared to floor gymnastics.

Espinós and his karatekas colleagues have been trying to gain Olympic recognition since 1970, when the first world championships were held in Budokan. They finally succeeded in 2016, with its importance to Japan playing an important role in the decision.

This is a temporary addition: karate is not on the Paris agenda for 2024. Espinós and other karate experts still believe that their decades of work and sacrifice in Budokan will pay off and a permanent Olympic place will be their ultimate reward.

“Without the Olympics, we would always say, ‘How big is karate? How good is karate? ‘”Said Espinós. “Now millions of people will see our sport and discover karate, and they will be added to our millions of supporters around the world.”

Karate spread to Japan in the early 20th century after arriving from the annexed Okinawa Islands in the far southwest. It became popular with American soldiers and other Westerners stationed in the area in Okinawa after World War II, and was exported around the world.

At that time, the cinema was fascinated by this high testosterone addiction and its exotic, camera-friendly techniques such as the knife handshake – known colloquially as karate chop.

Much like the “Rocky” films distorted the casual athlete’s perspective on the true nature of boxing, pop culture karate planted ideas of fantastic athletic feats that no sport could match.

In the 1970s and beyond, kumite was a technical, patient form of combat. Norris – a Tang Soo Do (Korean martial art based on karate) prior to his film career – and other greats competed in a style that promised operatic violence but often resulted in cautious fights in which casual observers struggled to understand the intricacies of their being See.

The sport has evolved, and Kumite is now more aggressive and fan-friendly – yet it often still resembles a painful catch game. Don’t expect Daniel LaRusso’s crane kick from “The Karate Kid” and please forget everything that resembles a breath of death.

Kata is something completely different: a contemplative, cerebral discipline with a holistic attraction for some.

Toshihisa Nagura, the general secretary of the WKF, believes the coronavirus pandemic could push this sport to great heights.