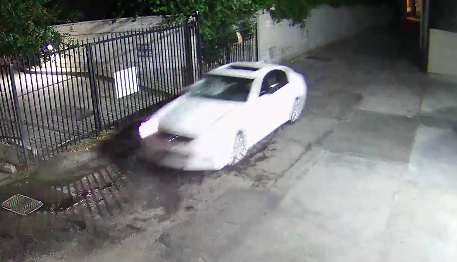 One person was killed in an accident in Santa Monica over the weekend, the second such incident in the city in recent weeks.

According to the Santa Monica Police Department (SMPD), officers responded to a fatal hit and run accident on 10th Street and Pico Boulevard around 8 p.m. on November 13. Investigators learned that a male pedestrian was crossing the street when he was hit by a vehicle that immediately escaped from the scene. A second vehicle then hit the injured man on the road. This vehicle stopped to help and the driver cooperated with investigators.

The unidentified male victim, believed to be around 50 years old, was pronounced dead by the Santa Monica Fire Department at the scene. The Los Angeles County Medical Examiner could not be reached immediately for further information about the victim.

According to SMPD, the suspicious vehicle may be a white Dodge Challenger or similar branded model with red racing stripes across the hood. The vehicle was last seen heading east on Pico Boulevard after the collision. The SMPD does not currently have any images or videos available to share the vehicle.

The SMPD is also attempting to identify the driver and vehicle involved in another hit and run accident that occurred at the intersection of Wilshire Boulevard and 3rd Street at around 12:57 a.m. on October 31. According to the SMPD, the vehicle collided with a pedestrian on the zebra crossing, who seriously injured the victim before he escaped.

“The vehicle is believed to be a white Infiniti G-series sedan that has no front panel and significant damage to the passenger-side windshield from this collision,” the SMPD said of the vehicle.

SMPD investigators are looking for information that will help identify the drivers in both incidents. Anyone with information is encouraged to contact investigator Evan Raleigh at 310-458-8954 or [email protected]

Antetokounmpo and the Bucks take on the Lakers