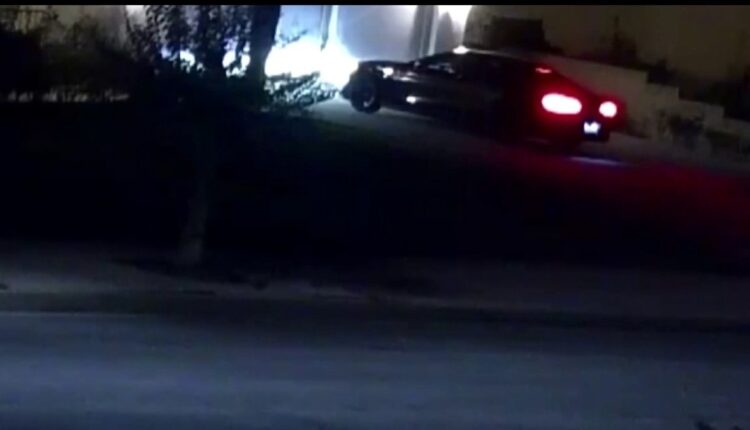 Police are looking for the robbers who followed a couple home, held them at gunpoint, and killed one of the victims after he refused to hand over his car.

The early morning attack outside the couple’s home was caught on camera.

Police believe the couple were followed nearly 50 miles to a community in Upland.

This is a video captured by a neighbor’s security camera.

A couple pulling into the driveway near North 23rd Street in Upland early Sunday morning.

The driver gets out of the car and walks around to open his fiancé’s door when three men run towards him.

According to police, one suspect was holding a gun and demanding jewelry, money and her car.

When he refused, he was tased, according to Sergeant Anthony Kabayan.

Sergeant Kabayan says the guard may have caught the suspect’s attention.

He believes the couple followed home from the high-light room in Hollywood that he calls the high-end bar.

The suspects made the nearly 80-kilometer hike to Upland.

It is the first “follow home” case Kabayan says he knows about in the Inland Empire.

The LAPD, on the other hand, says its detectives are investigating at least 110 similar incidents in their area of ​​responsibility.

Kabayan warns people to be vigilant.

“When you get home, it’s always a good idea to look around, have good lighting, and see if anyone approaches you so you have time to act,” Kabayan said.

Another tip is if you think you are being followed, go to the nearest police station and call the police.

Anyone with information on this latest incident is asked to call the Upland police.