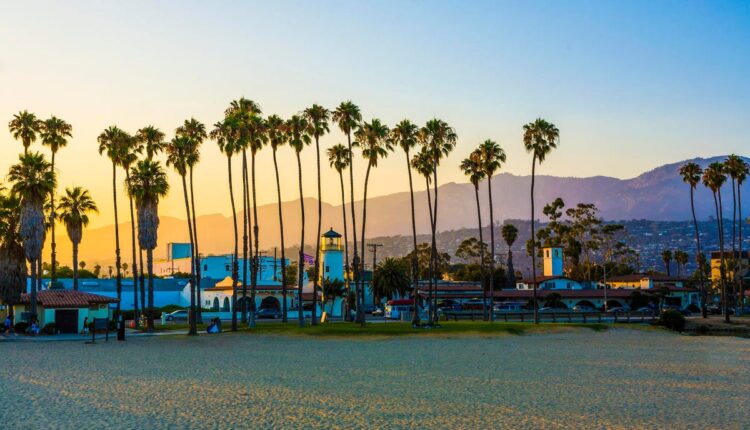 Santa Barbara got quite a bit of press last year for the new home of Prince Harry and Meghan Markle, but the Central Coast travel destination is making a new kind of headline: for its culinary offerings, which recently caught the guide’s attention Michelin excited for 14 of its restaurants in and around the city.

Located just an hour and a half north of Los Angeles, Santa Barbara is popular with people looking for a quieter life on one of the state’s most beautiful stretches of coast, and with visitors who want a more laid-back version of California’s wine country. Santa Barbara County has hundreds of wineries, particularly in the Santa Ynez Valley, which Sideways rightly made famous for its excellent (but less known than Napa) wines.

The same laid-back attitude is reflected in the city’s food. The new star of Santa Barbara’s dining scene, Sushi Bar, has just received its first Michelin star – but the restaurant does things in ways that contradict traditional expectations of such a dining experience.

In the sushi bar, each guest is served a two-hour dinner with 17 “bites” at the 10-person counter, which are individual nigiri pieces that are prepared in front of your eyes by a kitchen team (and a mixologist). This Omakase dining experience isn’t much different from any other upscale Japanese restaurant – but the difference is that San Fernando Valley-born chef Lennon Silvers-Lee earned his first Michelin star when he was just 27.

On the surface, Sushi Bar is a very casual experience. When you enter you will be assigned a seat and your bar seat will have nothing but a napkin, small plate, wooden square for your drink, and a pair of chopsticks. In front of you is an arrangement of 16 boards on the wall, with the choice of bites of the day: simply “Albacore”, “Uni”, “Bone marrow” and the like. All the guests at the counter and the chefs chat socially through the experience, so that you hardly notice when the next bite is quickly served in front of you.

These bites look and sound deceptively simple. Mostly they are just a simple piece of fish over rice, sometimes lighted and sometimes raw, with a little soy, citrus and spices. What it says “Scallop” on the board is a raw Hokkaido scallop with lemon, sea salt, soy sauce and a tiny drop of Japanese Yuzu Kosho spice mix. “Kampachi” could simply be topped with wasabi, soy and spring onions.

The complexity and originality of the dishes result from the preparation. This spring onion is actually toasted spring onion powder. A salt topping could be made with matcha, mushrooms, and seaweed. The salmon roe that crowns the bluefin tartare is cured in the house. Even the soy sauce is made in the restaurant and matured for nine months before serving.

Sushi Bar is one of three Central Coast restaurants to be awarded the region’s first Michelin stars this fall. Another, Bell’s restaurant in Los Alamos in the Santa Ynez Valley, is owned by the Daisy and Greg Ryan couple, who left Per Se to open their simple, elegant, utterly unpretentious French outpost (and its new counterpart Bar Le Cote nearby) Los Olivos). The third, Six Test Kitchen, is further north in Paso Robles.

But no other place on the Central Coast has received the kind of recognition that Santa Barbara has. The city’s proximity to agricultural land means that chefs can cook with not just the season, but the week or even the day. The proximity to the wine country – the Santa Ynez Valley is only 35 miles away, but notable wines are also produced in town – means that wine is not just a complement to the food, it is an integral part of the dining experience.

Loquita, a Bib Gourmand selection (selected by Michelin for affordability and quality) is a restaurant in the city’s Funk Zone that serves Spanish dishes tailored to the city’s Mediterranean climate. The Bib-Gourmand Corazon Cocina is simply a taco stand in the Santa Barbara Public Market, but calling its food “simple” is a disservice – options include three types of ceviche and tacos, inspired by the chef’s Guadalajaran heritage Ramon Velasquez, served on homemade flour and corn tortillas. Mesa Verde is a bib gourmand pick for its plant-based menu, which is filled with mushroom umami burgers and pumpkin blossom quesadillas.

At Caruso’s in the Rosewood Miramar Beach Hotel, another of this year’s Michelin restaurants, the Italian-born chef Massimo Falsini imports neither his pasta from Italy nor the flour for it. He hand-grinds California-grown durum wheat into his own flour for fresh pasta and serves it as part of a locally fortified festive menu that changes every night, but also includes charred Pacific squid and fagioli, spinach gnudi with quince, gnocchetti sardi abalone amatriciana or ” our water “zuppa di pesce. It’s not just food that is served in Santa Barbara, it is food that is made, grown, caught, and prepared in that moment. And that’s something to enjoy.