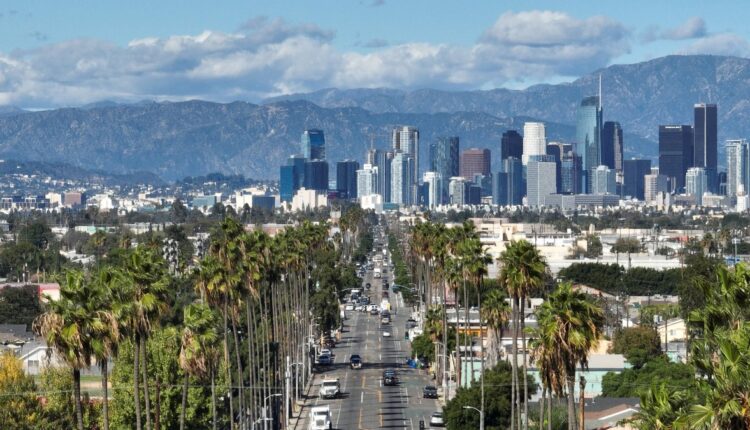 Thanksgiving in Southern California will include a large serving of Santa Ana winds.

Strong winds will pick up Wednesday night and increase through Thursday afternoon. A high wind watch begins Wednesday night in the Santa Monica and Los Angeles County Mountains and the Santa Clarita and San Fernando valleys.

A fire weather watch begins at 1 am Thursday and extends through Friday morning for the same areas. The watch was triggered by strong winds and low humidity levels, conditions that allow wildfires to spread rapidly.

A separate fire weather watch will be in effect for the Malibu Coast from Thursday morning through Thursday night.

Potentially damaging gusts up to 65 mph in some areas.

“(Thursday) is going to be a tough travel day,” said NBC4 forecaster Belen De Leon. “The winds are going to be the strongest for the first half of the day. As we go into the evening, those winds will start to scale back. It’s still going to remain a little gusty through Friday morning.”

Winds will arrive out of the east with the strongest gusts in the western San Fernando Valley and western Santa Monica Mountains.

Residents in fire-prone areas were urged to prepare for possible brush fires that might lead to evacuations. Humidity levels will be in the single digits and teens.

Latest wind projections for Wed – Fri, generally strongest during the day on #Thanksgiving Thursday. Use this map to help make the go no-go decision on moving feasts indoors. High fire danger will exist as well, so be extra careful with anything that can spark a fire. #cawx pic.twitter.com/OMqdEK75a5

Wind advisories are in effect for parts of Orange, Riverside and San Bernardino counties.

Temperatures will warm to near 80 in some areas before cooling over the weekend.