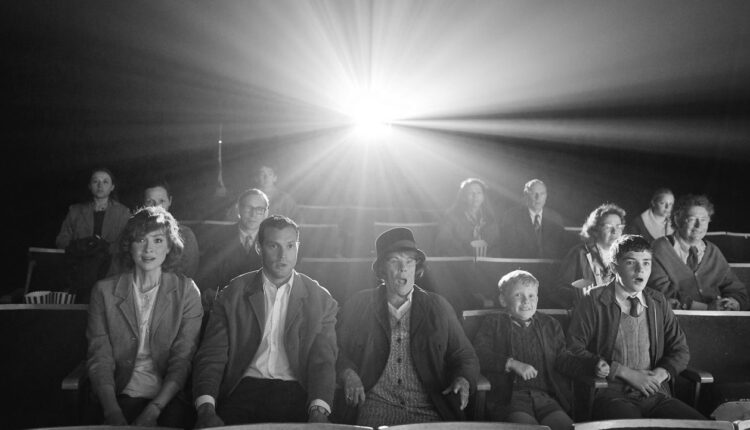 SANTA MONICA, Calif. (CNS) — Hollywood’s award season will kick into a higher gear Sunday with the presentation of the 28th annual Screen Actors Guild Awards — highly coveted by performers because they’re bestowed by peers, and a traditionally strong barometer of who’ll take home the hardware on Oscar night.

The two-hour show, starting at 5 pm, will be simulcast on TNT and TBS from the Barker Hangar in Santa Monica, a site chosen over the awards’ traditional home base, the Shrine Auditorium, for social-distancing purposes.

There won’t be a host — but there will be a red carpet, bringing back a traditional touch of Hollywood glamour, although celebs will have to social distance and wear masks, except when on camera.

The red-carpet pre-show will begin at 2:30 pm on the SAG Awards website here. During the pre-show, awards for best movie and TV stunt ensembles will be announced.

With actors making up the biggest bloc of voters for the Academy Awards, the SAG Awards also are seen as a bellwether of Oscar night, which takes place March 27.

As for the SAG Award nominees — honoring work in both film and television — “Belfast,” “CODA,” “Don’t Look Up,” “House of Gucci” and “King Richard” are contenders in the best ensemble motion picture cast category, the guild’s rough equivalent of the Oscars’ best picture prize.

“House of Gucci” and “The Power of the Dog” have the most SAG film nominations with three each.

“Succession” and “Ted Lasso” are nominated for the most television SAG Awards with five.

“King Richard” also landed Will Smith a nod for best actor for his performance as the father of Venus and Serena Williams. He’ll be up against Denzel Washington for his Shakespearean turn as Macbeth in “The Tragedy of Macbeth,” Andrew Garfield for his portrayal of musical composer Jonathan Larson in “tick, tick…Boom!,” Benedict Cumberbatch for his turn as a rancher with a hidden past in “The Power of the Dog,” and Javier Bardem as Desi Arnaz in “Being the Ricardos.”

Nicole Kidman will be the best actress for her portrayal of Lucille Ball in “Being the Ricardos.” Other nominated performances in that category include Lady Gaga for “House of Gucci,” Olivia Colman for “The Lost Daughter,” Jessica Chastain for “The Eyes of Tammy Faye” and Jennifer Hudson as Aretha Franklin in “Respect.”

Ruth Negga garnered a nomination for her role as a Black woman living life as a white woman in “Passing,” and will be vying for the statuette alongside Cate Blanchett (“Nightmare Alley”), Ariana DeBose as Anita in Steven Spielberg’s remake of the classic musical “West Side Story,” Kirsten Dunst in another nomination for “The Power of the Dog” and Caitríona Balfe (“Belfast”).

The SAG Awards also honor television performances. Netflix, which was able to compete in both the motion picture and television categories, boasted the most nominations of any studio or network, with a total of 17 prizes at stake.

But HBO/HBO Max, with its combined cable and streaming platform, came in a close second overall with 14 television nominations, leading that particular category. Apple TV Plus picked up 12 nodes across the two categories, with Hulu not far behind with eight in television alone.

The television shows nominated by the Screen Actors Guild for outstanding performance by an ensemble in a drama series are “The Handmaid’s Tale,” “The Morning Show,” “Squid Game,” “Succession” and “Yellowstone.”

For comedy series, the contenders for ensemble cast are “Ted Lasso,” “Only Murders in the Building,” “Hacks,” “The Great” and “The Kominsky Method.”

Individual television comedy roles garnering a nod from fellow actors were Michael Douglas (“The Kominsky Method”), Brett Goldstein (“Ted Lasso”), both Steve Martin and Martin Short for their roles as amateur detectives in “Only Murders in the Building” and Jason Sudeikis for his role in the Emmy favorite “Ted Lasso.”

Hannah Waddingham and Juno Temple were also recognized for their comic flair in “Ted Lasso” and will be up against fellow nominees Elle Fanning (“The Great”), Sandra Oh (“The Chair”) and Jean Smart (“Hacks”).

Smart was among the 25 first-time nominees. However she can now boast three SAG nods — for both comic and dramatic roles — the most of any actor or actress recognized this year.

“Succession” also set up some intra-series competition in the drama category, with Brian Cox, Kieran Culkin and Jeremy Strong nominated for their roles in a dysfunctional family of corporate strivers.

Other nominees hoping to take home the actor prize are Billy Crudup for his portrayed of a network exec in “The Morning Show” and Lee Jung-Jae playing a man simply striving to stay alive amidst the mayhem of “Squid Game.”

As lines become blurred between film and television, nominations for performances by an actor in a television movie or limited series went to Murray Bartlett (“The White Lotus”), Oscar Isaac (“Scenes From a Marriage”), Michael Keaton (“Dopesick “), Ewan McGregor (“Halston”) and Evan Peters (“Mare of Easttown”).

Actresses recognized for their work in a limited series or television movie include another nod for Smart, this time for a dramatic role in “Mare of Easttown.” Smart will compete against the lead in that series, Kate Winslet, who starred as a detective seeking justice for a slain young woman. Other nominees in the category include Jennifer Coolidge (“The White Lotus”), Cynthia Erivo (“Genius: Aretha”) and Margaret Qualley (“Maid”).

“Black Widow,” “Dune,” “The Matrix Resurrections,” “No Time to Die” and “Shang-Chi and the Legend of the Ten Rings” were nominated for the SAG award for stunt ensembles in a motion picture. Television stunt teams for “Cobra Kai,” “The Falcon and the Winter Soldier,” “Loki,” “Mare of Easttown” and “Squid Game” will also compete for honors.

The only guaranteed winner will be Helen Mirren, who will receive a lifetime achievement award, presented by Winslet.