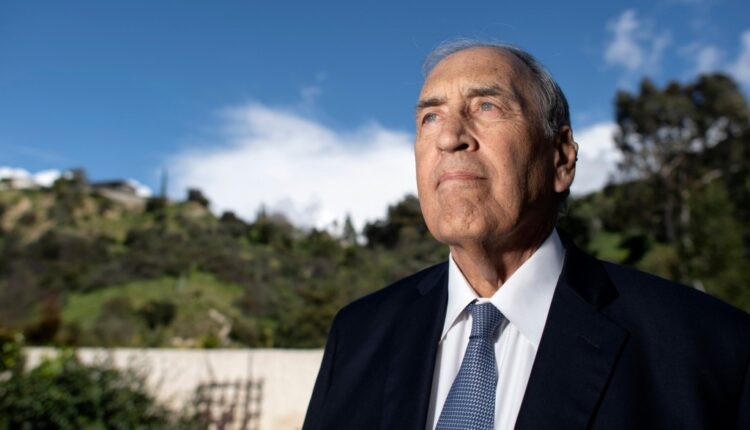 Richard Close, an influential figure who for nearly half a century helped define Los Angeles city politics beyond the Sherman Oaks homeowners association he led, died Monday, January 31, at the age of 77.

Shortly after joining the Sherman Oaks Homeowners Association in 1977, Close, a real estate attorney, became its president and transformed the organization into a political power base for homeowners in the San Fernando Valley and beyond.

The group’s work and achievements have led its members to influence the city’s elected officials, who regularly attend their monthly meetings, where they are warmly greeted but then just as easily confronted with difficult questions by the group’s members.

And Close kept the ear of editors and reporters at the Valley-focused news publication Los Angeles Daily News for many years, particularly as he and the homeowner group joined forces with the local business community to break away from Los Angeles.

Early in Close’s tenure at the Sherman Oaks Homeowners Association, he joined with its main proponent, the Howard Jarvis Taxpayers Association, to rally support for the still-popular 1978 measure limiting property tax increases, Proposition 13, and immediate property tax cuts organize by 50%

The measure had nationwide implications and limited the resources the state had to allocate to programs including education, but had its roots in the valley’s homeowner constituents, among whom it was particularly successful.

In the 1990s, Close and the homeowners’ group, often referred to simply as SOHA, along with the local business community, led the valley’s secessionist movement. The secessionist movement ultimately succumbed to opposition from other parts of the city, but had received overwhelming support among voters in the San Fernando Valley.

“Richard Close understood political power in Los Angeles in a way few others did,” said Gabriel Kahn, a USC journalism professor who has written about Close and the Sherman Oaks Homeowners Association. “And he’s held it longer than anyone.”

“Because authority is so dispersed in Los Angeles, he knew an organization with deep local roots could have an outsized voice,” Kahn said.

LA’s most powerful officials called out the group at their meetings, though the slow-growth policy has weakened in recent years as the city has faced a crisis of housing affordability and homelessness, which in some ways has changed The group’s failure reflects 2017’s Measure S, LA City’s latest attempt to slow down development.

Kahn noted that in recent years the group “has become the megaphone for maintaining a sparsely populated Los Angeles, which is a luxury this region can no longer afford.”

Tom Hogen-Esch, professor of political science at Cal State Northridge, said Close was “at the forefront of a social movement that grew out of homeowner associations in the 1960s and 1970s.”

“And the primary goal of these homeowners’ associations, particularly in the San Fernando Valley, was to preserve the suburban character of the Valley’s neighborhoods and protect them from what they saw as an onslaught of urbanization brought about by developers confused with the power structure.” connected to downtown. ”

Close and SOHA capitalized on the feeling that Valley residents were cut off from downtown political leaders and not receiving a fair share of city services.

“One of the big issues with the San Fernando Valley has always been a sense that the Valley isn’t as much a part of the power structure as the Westside is likely to be,” Hogen-Esch said.

News of Close’s death sparked reactions from elected officials, including District Attorney Mike Feuer, a former Westside councilman who was one of the first to offer his condolences.

He called Close one of the “most dedicated community leaders in town” and described the club president as an “effective, dedicated, and powerful advocate, not only for his community of Sherman Oaks, but for improving the quality of life in neighborhoods throughout Los Angeles.”

State Senator Bob Hertzberg described Close as a friend of more than four decades and said Close’s death was a “terrible loss for all of us who are dedicated to the Valley.”

SOHA’s business cards were often the newsletters that were constantly sent out with detailed news, calls to action, and other information about Los Angeles city politics, development and transportation projects, new district updates, and state laws.

And while their politics placed them at the center of sometimes fractious and divisive debates, their meetings were hosted by a local Valley restaurant or eatery, and the atmosphere was intimate and welcoming.

“I’ve been a member (of SOHA) for over 37 years,” Hertzberg said. “I get these little mailers in the mail so I remember going before I got elected and you know it was just a place for people to show up and where you could hear what was on the issues of the day was going on.”

Close’s family released a statement Monday saying they were “blessed to share so many wonderful years with a loving husband, father and grandfather.”

“Through his passion for travel, he has shown us the world and taught us how to live and enjoy life to the fullest,” the family said. “While he is totally dedicated to his community and clients, he has always made it clear through his words and actions that his family comes first and we will deeply miss his love, kindness and sense of humor.”

In his day-to-day work as a real estate attorney, Close has been a nationally recognized expert in his practice areas, including land tenure rights, administrative and regulatory law, project development and finance, prefab communities, and government relations and advocacy.

In lieu of flowers, the family asked for donations to the UCLA Extensivist Program.