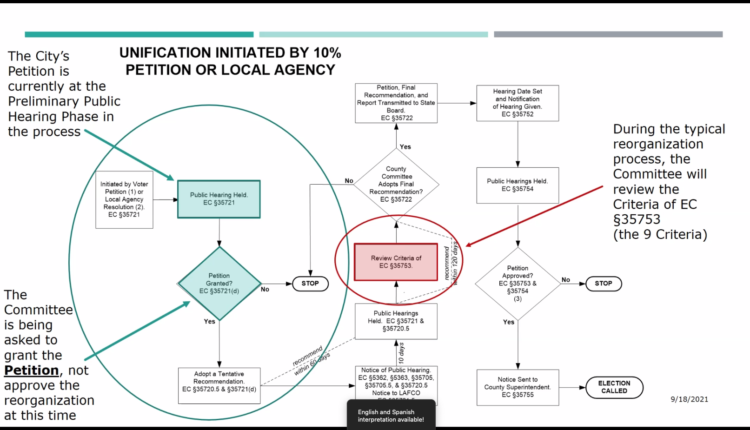 County officials have petitioned to create a separate Malibu school district with the aim of reaching a final decision in about six months.

At a virtual meeting on September 19, the Los Angeles County Committee on School District Organization approved a recent employee report that said more time was needed to evaluate Malibu’s proposal to split up the Santa Monica Malibu Unified School District and the Committee approved the decision by 8-2 votes.

The report states that several of the errors were due to a lack of information available, rather than an inherent weakness in the proposal, and the committee said it expected the final report to be final in its analysis.

Committee chair Cherise Moore said a vote to approve or reject the proposal would take place in March 2022, once staff had a chance to answer any unfamiliar questions.

The committee could have rejected the proposal on Saturday and two committee members were against the additional study time. Instead, they voted to end the Malibu proposal immediately.

Commissioners Barry Snell and Susan Solomon said they doubt the additional time would provide the information needed to reverse the preliminary results.

Snell said both parties had ample time to provide solid information before the preliminary report and he said the formal proposal should be rejected in favor of a negotiated solution.

“I would like to motion to reject the petition and ask individuals on both sides to come back to the table to negotiate and give us a way so that we can ultimately see these two districts to find a plausible, economic and ethical decision, ”he said.

Commissioner Donald LaPlante said it was foolish to reject the proposal as it could be reactivated with a simple community vote.

“Rejecting the Malibu City petition and ending this preparatory part of the process will simply force proponents to petition 10% citizens of which I have no doubt,” he said. “I believe that all parties would be better served if they finalized this petition through the process, and it would be better for everyone than just forcing the process to restart and in that very place in six, nine, or twelve months to be back now. “

Commissioner Charles Davis motioned to approve the recommendation and begin the study session, saying the county staff had not received enough information and the majority of commissioners approved his proposal.