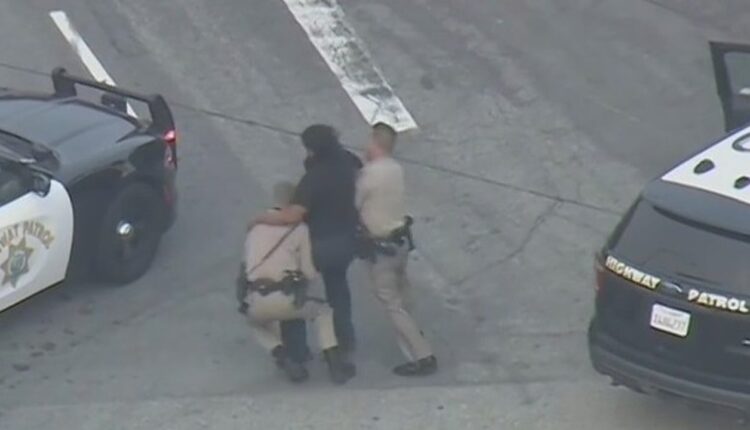 One man tried to fend off the CHP officers who were trying to arrest him.

SIMI-TAL, California. – Shocking aerial footage captured the moment a man tried to fend off CHP officers who were trying to arrest him.

Before the brief fierce battle, the man led CHP on a chase through the San Fernando Valley on Sunday evening.

The suspect eventually crashed his car after CHP pitied him on the Rocky Peak Fire Road in Simi Valley. After the crash, there was a brief but fierce battle between the suspect and the two CHP officers who tried to arrest him.

SkyFOX had a bizarre brawl when a man tried to fend off the CHP officers who tried to arrest him after a police chase.

A third officer rushed to the scene to complete the arrest. The suspect was taken into custody after the intense series of events.

The suspect’s identity is not known until Sunday evening.

US Open of Surfing: A California Dream