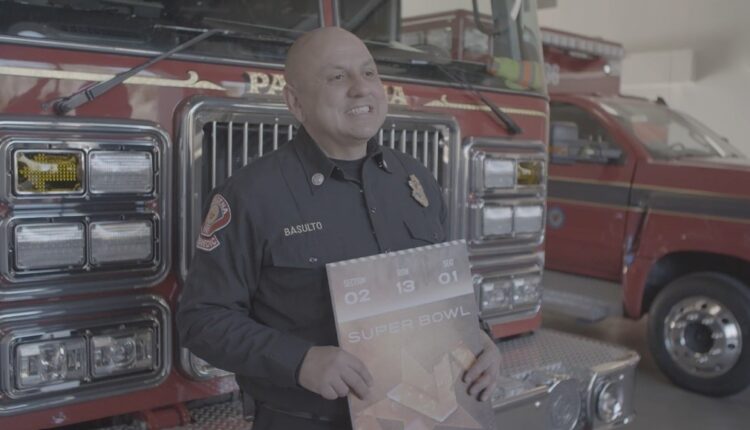 An off-duty fire captain thought he was just on his way to cheer on the Rams in the NFC championship game against the 49ers. What he didn’t expect was that he would be saving someone’s life along the way.

Pasadena Fire Capt. William Basulto took the day to go tailgate and enjoy the football game. His son and father were loading up there car when they noticed a nearby fire.

Basulto drove toward the fire to check it out, and when he arrived he saw a two-story unit engulfed in flames.

The family notified Basulto that there was a woman in her 50s still trapped on the upper floor of the house.

Basulto showed up at the right time.

The family helped him by providing garden hoses, a ladder, and something to help open the door.

“It was very interesting the way it all came about,” he said. “This family got me all of the tools and everything I needed.”

The woman trapped on the upper floor was identified as Blanca Gonzalez. When Basulto climbed up the ladder, Gonzalez was able to swing her leg out of the window with Basulto’s help.

After Basulto was able to help Gonzalez to safety he heard fire sirens on their way and he gave a detailed report to the fire captain who arrived to the house.

Well, word got back to the Rams about Basulto’s heroic act as he was getting ready to go cheer on the team.

They showed up to the fire station where Basulto works and gave him a surprise he will never forget.

“We want to thank you for your heroic efforts,” said a Rams cheerleader. “On behalf of Microsoft and the Rams we are giving you four tickets to the Super Bowl to come cheer on the Rams this Sunday.”

Basulto was surrounded by other firefighters who also applauded him for his acts of kindness.

“I’m very humbled, this whole situation has been very humbling,” Basulto said. “I love what I do for a living and I love what I’m trained to do.”

Basulto will be heading to Sunday’s game to cheer on the Rams as they face the Cincinnati Bengals.

When asked who he plans to take with him, he said, “not a Niners fan.”