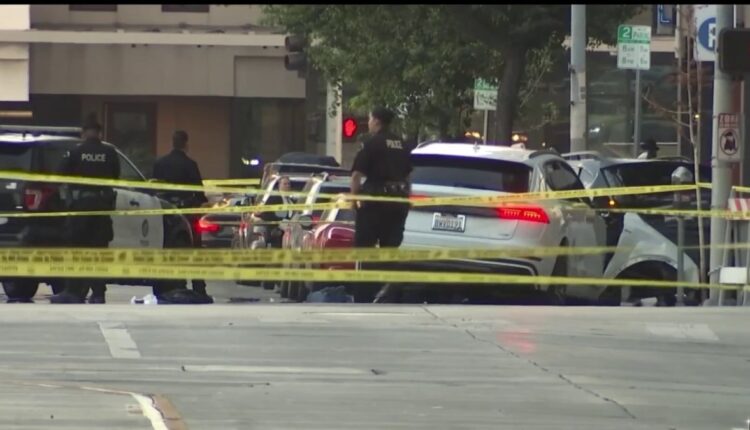 A man in his 20s was shot and killed in Hollywood Wednesday night after a dispute with another man near a hotel.

Officers responded at about 7 p.m. to Selma and Argyle avenues south of the W Hollywood hotel. They were told a man had been shot during the argument.

Witnesses, some of whom ran for cover when they heard gunfire, said the victim then tried to drive away but crashed into several nearby parked cars.

The victim was taken to a hospital where he died.

The shooter drove away from the scene. A detailed description of the gunman was not available.

The killing was the third in Hollywood in a week, police said.