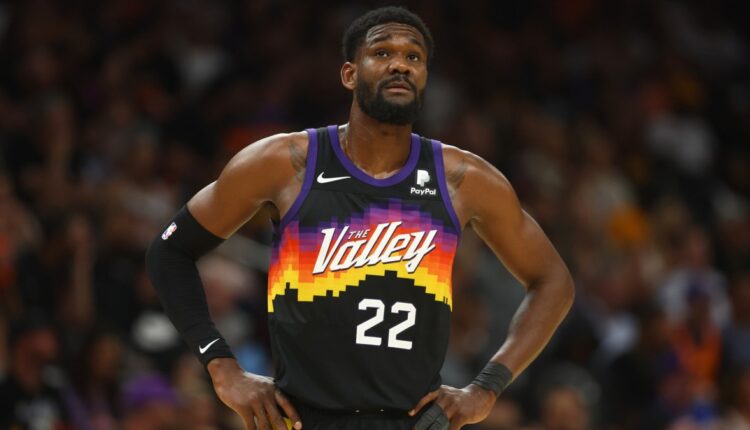 The 2022 NBA free agency period is only just about 72 hours old, yet most of the best players are already off the board.

Bradley Beal and Zach LaVine returned to the Wizards and Bulls, respectively, on five-year max contracts worth over $200 million, while Anfernee Simons remained in Portland on a four-year, $100 million deal. Jalen Brunson has been the biggest name to change teams via free agency, leaving the Mavericks for a four-year, $104 million deal with the Knicks.

But even though the free-agent pool has been substantially thinned out, there’s still value to be had. Here’s a look at the best remaining NBA free agents:

Harden may not be on this list for long. It would be an absolute stunner if he and the Sixers didn’t reach a contract agreement in the near future. The 32-year-old Harden declined his $47.4 million player option to give Daryl Morey the flexibility to improve Philly’s depth in free agency, and Morey did just that by landing ex-Rockets PJ Tucker and Danuel House Jr. There have been rumors that Harden will sign a two- or three-year deal with a starting salary in the $35 million range, potentially with a player option after Year 1.

So…where is Deandre Ayton going? The Suns haven’t been willing to give Ayton a max contract and apparently no other team has swooped in with a suitable offer yet. Ayton looked headed for Detroit until the Pistons drafted Jalen Duren 13th overall. He then seemed like a prime piece to be moved to the Nets in a potential Kevin Durant trade, but Brooklyn reportedly doesn’t have interest in the 23-year-old center. The Pacers and Spurs still make sense as Ayton destinations, but do they want to pay up for him? Ayton does have the ability to accept the Suns’ one-year qualifying offer ($16.4 million), which would allow him to hit unrestricted free agency next summer.

The Cavaliers have locked up Darius Garland long term. Now what will they do with their other promising young guard? Cleveland surprisingly ripped off 44 wins in 2021-22 despite Sexton being sidelined for most of the season with a torn meniscus. Sexton, 23, can get buckets and in an efficient manner, as he put up over 24 points per game on 47.5/37.1/81.5 shooting splits two seasons ago. But, like Ayton, there may not be a big-money offer sheet out to force Cleveland’s hand. Sexton’s qualifying offer from the Cavs is worth $7.2 million.

Warren is arguably the most intriguing free agent in the 2022 class. Since his explosion in the NBA bubble, Warren has played in just four games. He underwent season-ending surgery to repair a stress fracture in his foot in January of 2021 and missed all of last season as he continued to rehab. Warren, who is still on the right side of 30 and had a strong showing in 2019-20, could wind up being a steal for a team if he can stay healthy.

Harrell is facing a felony drug charge stemming from a traffic stop in Kentucky on May 12 where authorities said they discovered a backpack containing three pounds of marijuana in vacuum-sealed bags. Harrell, who authorities allege “admitted to being in possession of marijuana and produced a small amount from his sweatpants,” is scheduled in court for a preliminary hearing on July 13.

Harrell’s attorneys told TMZ he “has never been a part of any form of marijuana trafficking or any other illegal activity.” They also claimed Harrell “was not driving the vehicle, and following the stop, he was only given a ticket to appear in court at a later date for a marijuana-related charge as were all occupants of the vehicle.”

It wouldn’t be surprising if interested teams were waiting for more clarity surrounding Harrell’s legal situation. The 28-year-old big man appeared in 71 combined contests for the Wizards and Hornets last season, averaging 13.1 points and 6.1 rebounds in 23.1 minutes per game while shooting 64.5% from the field.

The NBA’s ninth-leading scorer of all time is still available. Anthony, who turned 38 in May, averaged 13.3 points and 4.2 rebounds in 26 minutes per game while shooting 44.1% overall in his first season as a Laker. After proving he can still knock down 3s on a high volume of attempts (37.5% on 5.8 per game), Anthony should draw interest from contenders. Melo is 308 points away from passing Shaquille O’Neal for eighth on the all-time scoring list.

One Martin twin has already been signed, as the Hornets reportedly were able to retain Cody on a four-year, $32 million deal. But Caleb is still available following a strong season with Miami. In what was actually his first NBA season not playing alongside his brother, the 26-year-old Caleb averaged 9.2 points in 22.9 minutes per game while shooting 50.7% from the field and 41.3% from 3 (on 2.6 attempts per game). The 6-5 wing was also part of Miami’s playoff rotation, logging 12.3 minutes per game.

Schröder was considered one of the biggest free-agent steals last offseason when he signed a one-year, $5.9 million contract with the Celtics. The signing, however, didn’t prove to be a massive coup. Schröder was shipped to Houston at the trade deadline after 49 games (and 25 starts) with Boston, as the C’s brought in Derrick White to be their new lead guard off the bench. While Schröder’s days as a starter on a playoff team might be over, he certainly still offers value as a backup. In 64 total games last season, he averaged 13.5 points and 4.6 assists on 43.1/34.4/85.3 shooting splits.