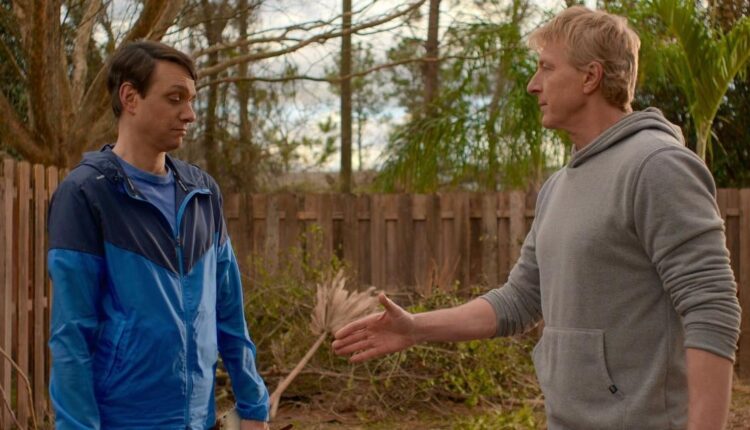 Cobra Kai Season 4 will be released later this month and is all about capturing the soul of the San Fernando Valley. To prepare fans for the fourth season of the sequel The Karate Kid, Netflix and Sony Television have unveiled their official poster of the new season. The poster shows two factions of characters who will compete against each other in the All Valley Karate Tournament. Daniel and Johhny are on one side while John Kreese and Terry Silver, the main villain from The Karate Kid Part III, are on the other. The underside of the poster shows the students of the dojos Cobra Kai, Miyagi-Do and Eagle Fang.

Earlier this year it was announced that Thomas Ian Griffith will be joining Cobra Kai to repeat his role as Terry. Based on the poster, he will team up with John to help the Cobra Kai Dojo defeat Miyagi-Do and Eagle Fang. Griffith recently spoke about the show on Cobra Kai Kompanion’s podcast, saying he hasn’t interacted with Ralph Macchio (Daniel) since 1989.

The soul of the valley can be grasped. Which side will it take? Cobra Kai Season 4 premiere on December 31st pic.twitter.com/rgdqu1qIpZ

“Cut to you know, 30 years later when I was walking on the set because I hadn’t seen Ralph, our paths hadn’t crossed in all those years just to see him on the set of ‘Cobra Kai’ was it’s just so bizarre, “Griffith said per Heavy. “We looked at each other as if we were smiling at each other and you feel like you’re saying, ‘Ah, that was a good experience with this person.’ I don’t remember much, but I do remember that this is a really positive thing and that is – I walked away and said, ‘I’m happy that I’m here.’ ”

Griffith continued, “I remember we said we were the same age and that we were playing opposite ends of the spectrum and I’m going, I’m not – I’m too young to have been to Vietnam, but then it’s like just going along with it, you know I’m 1.80 tall and you know what, you just commit to it and it’s like they’re going to find out. You will either buy this character or not. “

Cobra Kai Season 4 premieres on Netflix on December 31st. The series has been renewed for a fifth season which is currently in production.