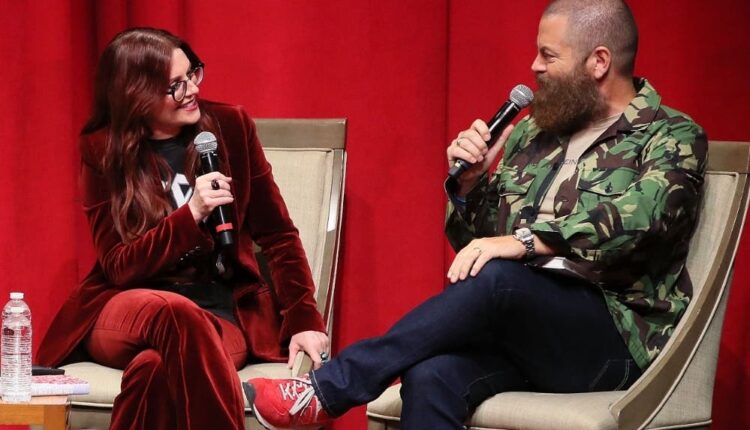 SANTA MONICA, CA — Husband-and-wife comedy/acting team Megan Mullally and Nick Offerman were announced Friday as hosts of the 2022 Film Independent Spirit Awards, which honor the best in independent movies from the past year.

“We are sincerely excited to be hosting the 2022 Film Independent Spirit Awards,” the couple said in a joint statement. “We hope to get a little rowdy, but it’ll mainly be legitimate cinematic discourse. Although, with the two of us involved, it’s more likely to be intercourse. Either way it’ll be legit.”

The Spirit Awards ceremony will be held March 6 in Santa Monica and broadcast on IFC. The event is traditionally held in a large tent near the beach in Santa Monica.

The awards were held virtually last year due to the COVID-19 pandemic.

Mullally is best known for her role as Karen Walker on “Will & Grace,” but her TV credits also include shows such as “Children’s Hospital,” “Parks and Recreation” and “Party Down,” along with voice roles on “Bob’s Burgers ” and “The Great North.”

Offerman, also an accomplished woodworker, hosts the show “Making It,” but is best known for his work on “Parks and Recreation.”