Man kills 3 children, 1 other, himself at California church 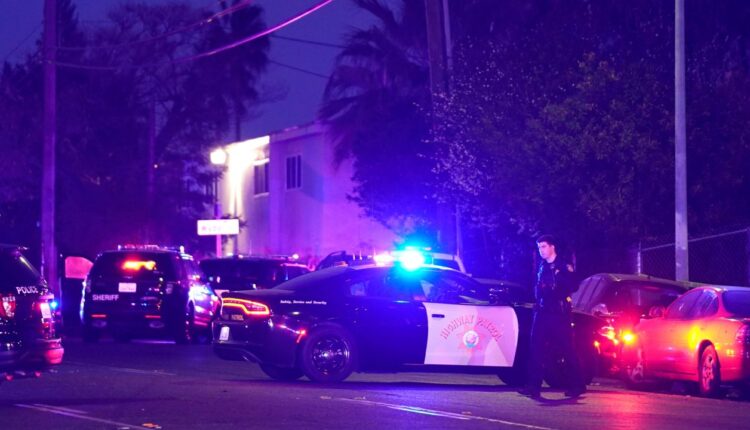 SACRAMENTO, Calif. (AP) — A man shot and killed his three children, their chaperone and himself during a supervised visit with the kids Monday at a church in Sacramento, California, authorities said.

Deputies responding to reports of gunfire around 5 pm found five people dead, including the shooter, at the church in the Arden-Arcade neighborhood, said Sgt. Rod Grassmann with the Sacramento County Sheriff’s Office.

The shooter was estranged from the children’s mother, who had a restraining order against him, Sheriff Scott Jones said.

Investigators believe the shooting happened during a supervised visit with the children and the fourth victim was their chaperone, Jones said.

A church employee heard the gunshots and called 911, Grassman said. The shooting occurred in the main sanctuary area, he said.

Sheriff’s officials are investigating it as a domestic violence incident, Grassman said.

Officials didn’t know if the family members belonged to the church, which sits on a mostly residential block near a commercial area east of downtown Sacramento.

It wasn’t immediately known how many people were at the church or if there were any services or activities at the time of the shooting.

“Another senseless act of gun violence in America — this time in our backyard. In a church with kids inside. Absolutely devastating,” Newsom said on Twitter.

Another senseless act of gun violence in America – this time in our backyard. In a church with kids inside. Absolutely devastating.

Our hearts go out to the victims, their families and their communities.

We are working closely with local law enforcement.