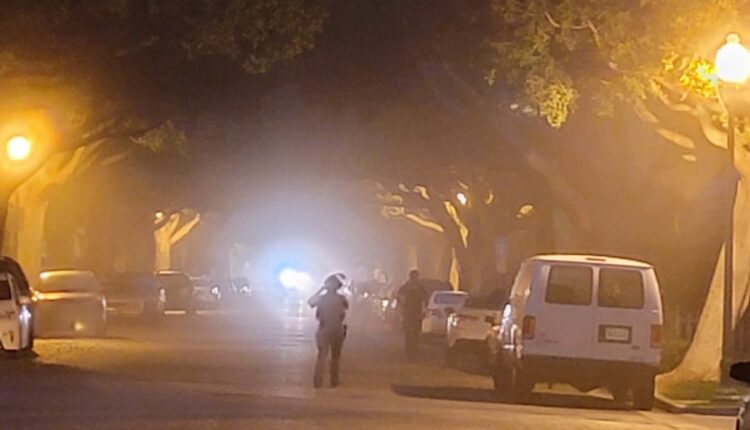 Second suspect wanted in connection with incident on Friday morning

A man was arrested while a second suspect remains at large after an armed car theft and kidnapping outside a Santa Monica restaurant that resulted in a high-speed accident followed by a car chase early Friday morning.

According to the Santa Monica Police Department (SMPD), officials responded to an armed robbery at around 12:35 p.m. on September 10 at La Condesa restaurant on 1519 Wilshire Boulevard. Police learned that a victim was kidnapped and driven around the block by two suspects – one armed with a pistol.

When the officers arrived at the scene, they saw the suspects flee at high speed in another vehicle. The suspicious vehicle then crashed at the intersection of 26th Street and Wilshire Boulevard, police said.

SMPD coordinated a search with assistance from officers from the Beverley Hills Police Department and Santa Monica College, along with SMPD K9s and the drone team.

One suspect remains at large in connection with this incident who is described by the SMPD as a black man approximately 25 to 30 years old, between 5’9 “and 6’0” tall and weighing 150-185 pounds.

Anyone with additional information about this incident or the pending suspect is strongly encouraged to contact the Criminal Investigation Division at 310-458-8451 or the Santa Monica Department Guard Commander (24 hours) at 310-458-8427.