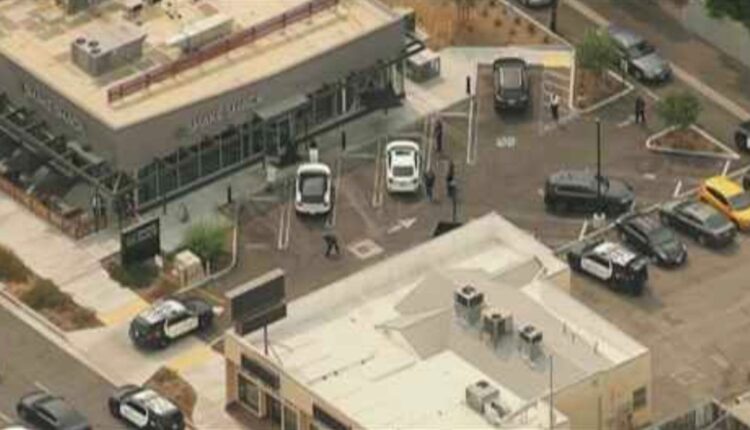 A man was arrested after opening fire outside a shake shack in western San Fernando Valley Thursday.

The gunman, who was armed with a pistol, went to a window from outside the restaurant and fired about six shots, the police said.

No casualties were immediately reported in the midday shootings near Topanga Canyon and Victory Boulevards in Canoga Park. It wasn’t immediately clear how many people were in the restaurant at the time.

Stan Thomas, a former U.S. Marine officer, helped police catch the shooter. He had just pulled into the parking lot, hoping to shake himself, when he heard a crack.

“I saw a guy shoot the building with a gun,” he said.

In a split second he saw the broken windows and put two and two together.

He called 911 and started following the man until the police could arrive.

“I didn’t see where the gun went,” he said. “I just saw him walking down this alley.”

The police ambushed the man and took him into custody.