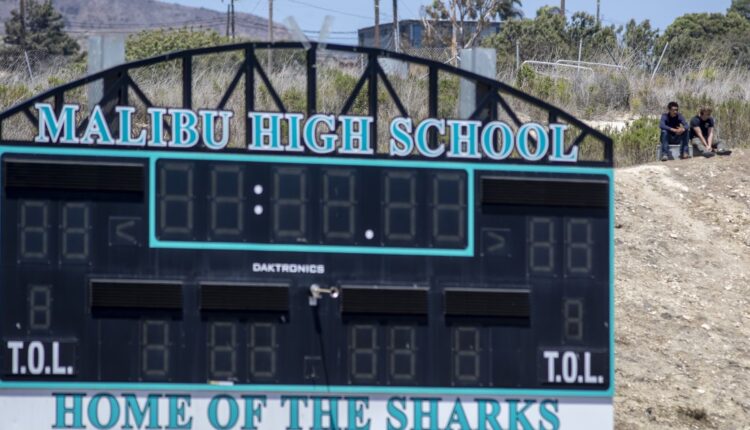 Malibu took a step closer to its ultimate goal on Saturday: divorce from the Santa Monica-Malibu Unified School District and take control of its students’ educational futures. But a solution is probably still years away.

After three and a half hours of often bitter testimony, the Los Angeles County Committee on School District Organization voted 8-2 to approve the city’s petition to leave the district in order to move forward. The vote was the latest development in a long process and no signal that Malibu’s controversial secession plan would ultimately be successful, said representatives of the committee.

“There is no endorsement of the proposal by [the committee’s] “Said Allison Deegan, the committee’s regionalized business services coordinator, on Saturday. “The only recommendation is to continue the review, find additional material that may be compelling and controlling, and resolve the matter in accordance with the typical, robust district committee process.”

Malibu is about 20 miles west of Santa Monica. The cities do not have a common border, but for almost 70 years they have been linked by a single school system. For more than half of their relationship, Malibu wanted out.

“The needs of Malibu students and the community remain unsatisfied,” said Karen Farrer, councilor for Malibu, during the hearing on Saturday, “because the district is not interested in remedying this situation. That’s why we came to you to take care of this. “

Malibu’s most recent petition to split off from the school district began in 2015. Since then, the city and district have negotiated, broken off negotiations and tried to resolve differences. You’ve come before the district committee nearly a dozen times. The vote on Saturday did not result in a resolution, but opened up further rounds of hearings, meetings and reports.

Both sides agree that it would be best to split up, but district officials claim that Malibu’s current plan would create a mostly white school system in Malibu while the more diverse student body in Santa Monica is left in the financial mess and faced larger class sizes , fewer programs for disadvantaged children and a frightening future.

Malibu students make up about 15% of the district’s population; Property taxes in Malibu account for about 35% of the district’s income. Malibu wants more of this money under its own control and is calling it an equity issue. District officials disagree, arguing that the state’s school financial system does not work that way.

“Unfortunately, there is an ongoing precedent for systemic and structural discrimination in this country that has even touched the educational system in the form of rich, affluent, predominantly white communities that are breaking away from larger and more ethnically diverse districts,” said SMMUSD Superintendent Ben Drati during the hearing on Saturday.

At the same time, such districts are “taking away community resources allocated to public education in their region or district,” he said. “This is happening across the country and in our own backyard with the [Malibu] City council petition. “

In early September, the district committee’s staff published their own criticism of the Malibu plan. This analysis found that the plan failed to meet eight out of nine criteria important to a district split decision and would leave the remaining Santa Monica district in “dire” financial shape.

But the decision on Saturday is still far from a final decision. The committee now has 60 days to hold at least one additional hearing. It then has 120 days for analysis and another vote. The next step is a government environmental review, which can take up to two years.

“It is then queued for review by the State Board of Education,” said Deegan. “Your current petition queue is three years.”

Then, if the State Council approves the petition, the decision on whether Malibu can break away and create its own school district will be voted publicly.

“The voting area has not yet been determined,” said Farrer, who did not comment on Saturday’s decision.

There are two options, said David Soldani, an attorney who represents the school district in the ongoing trial. The first would be a vote of Malibu residents only, and the second would be a vote of residents of the entire district. “There’s no nice and neat way to encapsulate the factors that go into the mix,” he said.

Jon Kean, president of the school board, said Saturday’s decision was “pretty easy to predict”.

“The district committee has confirmed that 8 out of 9 criteria are not met,” he said in an email. “The decision to go into the full public trial won’t change that, but it will give the City of Malibu two more months to come up with facts and evidence that it has not presented in the past six years.”

The city has not yet presented such evidence, Kean said, “because the petition is fatally flawed. At the end of the trial, the injustices of this petition will be clear and the city cannot say that it has been denied a fair trial. “

Christine Wood, assistant attorney for the City of Malibu, said in an email that the city “is pleased with today’s decision by the county committee. We look forward to the opportunity to introduce our petition into the regular process, as we know that we can essentially meet all nine criteria. “

She said city officials also hope the school district will return to the negotiating table and use third party arbitration to work out a split plan that both sides can agree on.