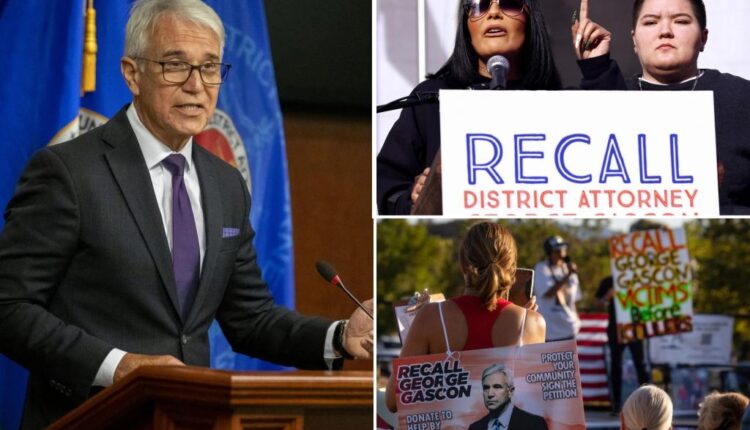 Los Angeles District Attorney George Gascon is making a plea to supporters to fight back against a recall attempt to oust him from office as his opponents edge closer to bringing the matter before voters.

In a fundraising message, Gascon called the recall of a political power grab that is attempting to “circumvent the democratic process.”

“The Republican-led recall effort in LA is on the ‘cusp’ of qualifying for the ballot this November,” it reads. “And if they’re successful, they will reverse all our progress.”

Gascon and his supporters have tried to paint the recall effort as one being led by right-wing mega donors and police unions. The Recall George Gascon campaign told Fox News in mid-June it was close to collecting the 567,857 signatures needed from registered voters to put the recall question on the ballot.

“The only person talking about partisan politics is George Gascon himself because he has no defense for his failed record,” the recall campaign told Fox News in a statement. “Whether he’s intentionally gaslighting or just delusional, Gascon’s continued dismissal of victims and the legitimate concerns of residents is part of the reason why he’s going to be recalled in a landslide if we qualify.

A spokesperson for the recall told Fox News the group will make a final push to collect more signatures over the holiday weekend.

Fox News has reached out to the Gascon campaign.

Numerous people have called for Los Angeles DA George Gascon to be ousted from his position.Photo by Mario Tama/Getty Images

Much of the opposition against Los Angeles County’s top prosecutor stems from his progressive directives that critics have blamed for an uptick in crime and emboldening criminals they say no longer fear harsh consequences from the DA’s office.

Those include not seeking cash bail, sentencing enhancements or trying juvenile offenders as adults.

A number of cases critics point to helped the recall cause in recent months. A transgender child molester convicted of sexually assaulting a young girl when she was weeks from turning 18 was sentenced to time in a juvenile facility instead of prison, prompting backlash from officials, law enforcement and Gascon’s own prosecutors. 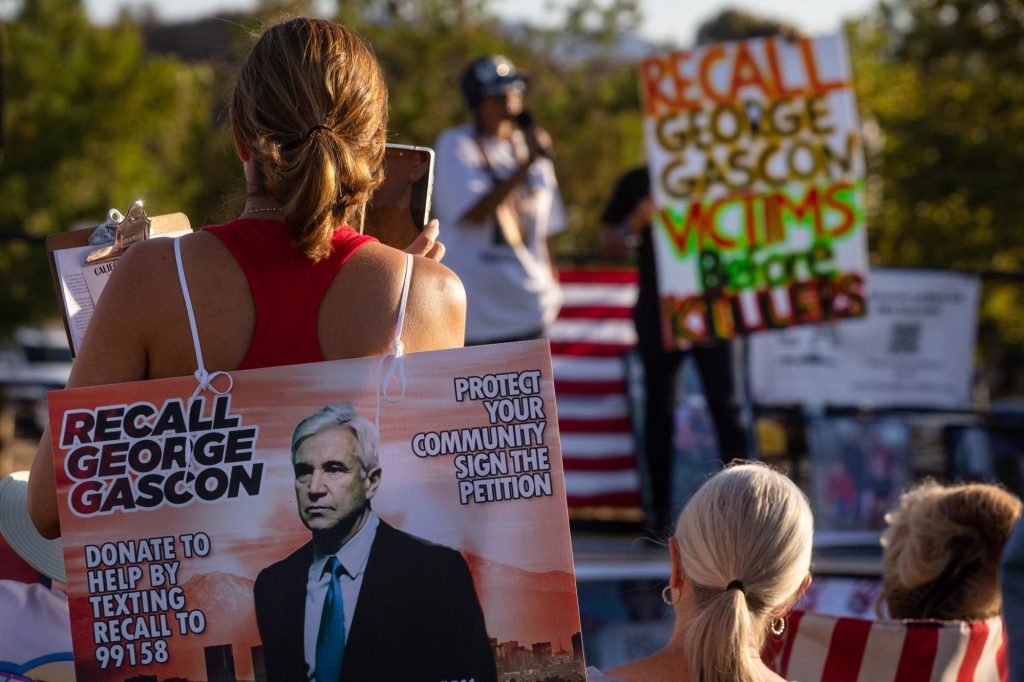 There has been a growth in popularity over the last few years to oust George Gascon from office.Jason Armond/Los Angeles Times via Getty Images

Most recently, a woman who was walking with a baby stroller when she was attacked during a hit-and-run came out against him. Rachel Hart fought for the toughest charges possible against her attacker, who was a juvenile out on probation at the time of the incident. Ultimately, he was charged with two counts of assault with intention to harm and one felony hit-and-run.

“I still thought, ‘OK, maybe he’ll get five years.’ For me, that was a really low bar,” Hart said on “Fox & Friends First” Thursday. “Five months is what he got.”

Earlier this month, Gascon defended his policies after it was revealed that a suspect who killed two El Monte police officers was out on probation at the time after getting a plea from his office.

“The current case he’s arrested for possession of drugs, possession of a gun. He could have, even under my directives, he could have gone to jail. As a matter of fact, the case had been set to trial, then it was very possible he could still be waiting for a trial date. He was on bail, he was out on bail,” Gascon said.