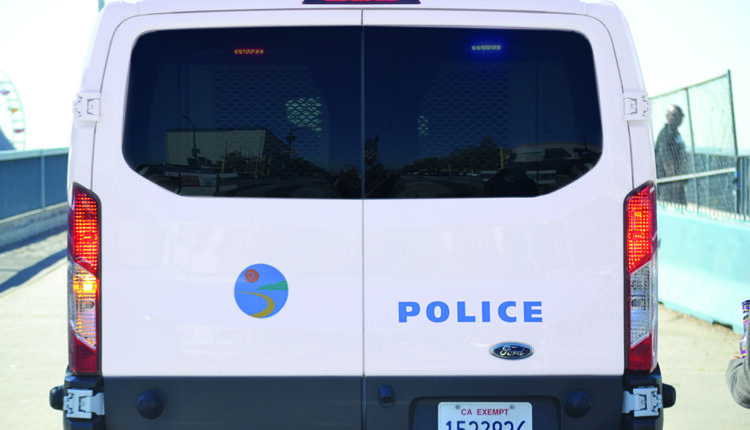 When residents witness a mental health crisis — be it threats of suicide, a psychotic episode, or erratic violence — the common response is to call 911. But what happens between that call and the subject’s eventual release is a mystery to many and, unfortunately, often leads the patient back to the streets or situation they came from.

In Santa Monica and across the state of California, acute psychiatric crises are commonly handled with a 72 hour hold. Under the Lanterman-Petris-Short (LPS) Law, a hold is triggered when individuals meet one of three criteria: they are a danger to others, a danger to themselves or are gravely disabled (unable to provide basic needs for food, clothing or shelter).

This hold — which is commonly referred to as a ‘5150’ after the relevant section of the California Welfare and Institutions Code — gives psychiatric facilities the right to detain a patient for a 72 hour observation and treatment period. During this time patients may not leave the hospital until either the hold expires or the treating physician determines that the patient no longer requires involuntary detention.

Santa Monica Police Department and Fire Department personnel consistently respond to calls regarding behavioral crises. These include individuals experiencing suicidal thoughts or actions; drug-induced mental episodes; violence against themselves or others; bi-polar, depressive or schizophrenic episodes, acute stress following a traumatic incident; or a mental disability resulting in an inability to meet their own basic needs.

SMPD and SMFD frequently work together on these calls, but only police officers have the authority to issue a 5150 hold and involuntarily transport subjects to the hospital. If a serious crime has been committed, officers will often book the subject first, then arrange transport to a facility. In cases where there is also a physical medical problem present or a subject willingly accepts psychiatric treatment, SMFD can perform the transfer.

In 2021, SMFD recorded 963 patients who were evaluated and treated with behavioral health issues and SMPD logged 398 police calls as 5150 holds. (Police officers determine whether an incident is labeled as a 72 hour hold based on LPS criteria, however it is up to medical staff to determine how long a patient is held for.) SMPD Lieutenant and Public Information Officer Rudy Flores said that the majority, but not all, of psychiatric calls involve an unhoused individual.

SMFD and SMPD transport subjects to different medical facilities based on a range of factors including subjects’ physical health, insurance status, parole status, presence of violent behavior and level of sobriety.

The Harbor-UCLA Medical Center in Torrance, which can be a 90 minute drive in traffic, is the main destination for local 5150 holds, not one of the Santa Monica hospitals.

“Typically if they are on probation, on parole, under the influence and they are 5150-able then yes they are transported all the way to Harbor General, which is in Torrance,” said Flores.

According to Flores, Harbor-UCLA has agreements with law enforcement agencies to accept involuntary hold patients and is equipped with the lock-down facilities and resources required for the majority of individuals SMPD officers place on a hold. If a subject is not under the influence, violent, on parole, on probation or also experiencing a physical health issue, SMPD can transport them to the significantly closer 16-bed Exodus Recovery facility in Culver City or the Exodus Recovery facility in Boyle Heights.

If patients are not eligible for transfer to Exodus and have insurance, they are often brought to local emergency rooms such as Providence Saint John’s Health Center or UCLA-Santa Monica Medical Center. These hospitals do not have inpatient beds for 72 hour holds but can provide up to 24 hours of mental health care and referrals to appropriate inpatient facilities. Currently, 20 percent of Providence Saint John’s mental health patients experience homelessness.

Typically around half of Resnick’s patients are admitted on 72 hour hold criteria. Of admitted patients, approximately half come by themselves or are accompanied by a family member/friend and half are transported by a 911 responder. According to a statement by UCLA Health, “repeat admissions of unhoused individuals on a 72-hour hold are not unusual.”

Once the 72-hour hold expires homeless individuals, alongside other psychiatric patients, are typically discharged. Once discharged many unhoused patients return to the streets and there is no legal requirement they are connected with or accept further treatment or services.

This can lead to cycles of 911 calls by unhoused individuals experiencing mental illness where they are frequently in and out of psychiatric facilities. The emergency responders who transport psychiatric patients and the hospital clinicians who treat them are responsible for dealing with emergencies. Their job is to address the urgent mental health problem and then help ensure the emergency vehicles and inpatient beds are available to handle the next crisis.

Housed individuals also find themselves in cycles of 72-hour holds as they may struggle to commit to or access effective outpatient care following their discharge.

This problem exists statewide. A 2020 State audit on the implementation of the LPS Act found that from fiscal years 2015-16 through 2017-18 almost 7,400 people in LA County experienced five or more short-term involuntary holds, however just 9 percent of these individuals were enrolled in the most intensive and comprehensive community-based services in fiscal year 2018-19.

In Santa Monica, emergency response departments and hospital workers are aware of this issue and are trying new solutions.

In 2016, Providence Saint John’s launched its Homeless Care Coordination Program, which places two community health workers in the emergency department to help connect homeless patients to case managers at local homeless service providers and find temporary or permanent housing after they are discharged.

SMPD has a Homeless Liaison Program that works to connect homeless subjects of 911 calls to services as an alternative to incarceration. This team includes two LA County Department of Mental Health clinicians who have specific expertise in psychiatric crises and are able to connect subjects to the network of County mental health facilities and services.

SMFD also has a specialized unit to better handle calls related to unhoused or vulnerable populations called the Community Response Unit. This pilot program was launched in September 2021 and is staffed by two firefighter EMTs who have undergone extensive training on responding to psychiatric crises and the homeless resources available in the City.

Standard SMFD engines are required to provide transport to the emergency room as quickly as possible so they can get back in service to answer more calls. The CRU has the flexibility to remain on scene for longer periods of time, better understand the problems that led to the 911 call and build trust with the subject. CRU members can then refer subjects to homeless service providers and they are the only SMFD personnel legally allowed to transport people to a psychiatric urgent care center rather than an emergency room.

From Sept 13 to Dec 30, 2021, the CRU responded to 193 calls and interacted with 129 people experiencing homelessness. During this time 92 service referrals were given and five individuals were transported to Exodus Recovery Psychiatric Health Facility as an alternative to the emergency room.

“There’s been a noticeable increase from my experience in behavioral health needs in the community over the last five years,” said SMFD Fire Captain Pat Nulty. “It’s reached a crisis point I think, and it’s good to see that there’s things happening in the system to address it, and they are effective, but it’s just such a large scale problem.”

Treatment while under a 72-hour hold

While under a 5150 hold, patients receive psychiatric and physical evaluations and are often prescribed medication for anxiety, psychiatric disorders, behavior, or acute distress. Patients have the right to refuse medication, except in emergency situations. Clinicians can petition for involuntary medication if they believe the patient lacks the capacity to reason and involuntary treatment can become court-ordered if a patient’s mental illness repeatedly leads to violence or results in to criminal detention or hospital hospitalization. Physicians do have the ability to file an extension of the hold of up to 14 days if the LPS criteria are still met and patients have the right to contest the extension.

A Medea in Los Angeles