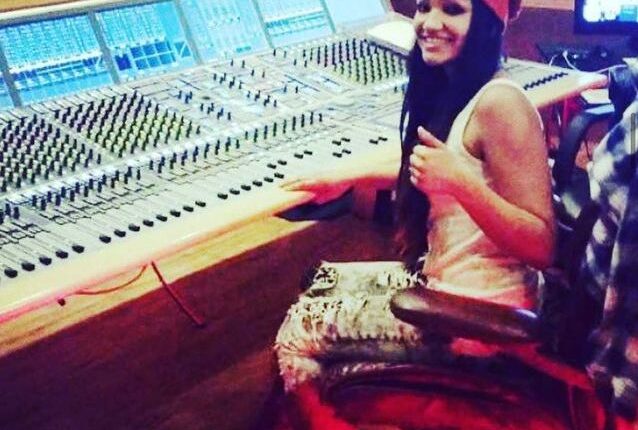 She grew up in the San Fernando Valley, her parents separated when she was little, and the family became intermittently homeless.

Now she is a rising star in the local music scene, is called Twixxy and is attached to Trejo’s Music – Actor and restaurant owner Danny Trejo’s New label to promote emerging artists.

In an interview with UT Community News, Twixxy spoke about her career and struggles, including addiction in early adulthood.

“The privilege I had was that my mother always looked after me and my sisters. She was a strong woman and my father helped with child support and took us in on the weekends, ”said Twixxy.

She said she knew she wanted to be a singer when she was just 7 years old and saw her sister’s work as part of a singing group: “My older sister always inspired me because she was hardworking, had a big heart and always loved me so much. ”

Her sister is a make-up artist and they both own a flower shop, the El Milagro flower shop.

As a child, Twixxy kept watching Celene Dion concerts. “My family would be upset, but they inspired me so much. How well she sang, the music she sang, how she sang with instruments and the beauty of it all, ”Twixxy said.

Twixxy began performing at events when she was around 7 years old, performing at parties, in a church, and even at a funeral. When she was 8 she played the song “Como la Flor” by Selena Quintanilla and her mother had a bespoke outfit made for her that looked like Selena’s iconic purple jumpsuit, which really impressed the audience.

“For me, every show and every time I sing brings me closer to my dreams,” said Twixxy.

Twixxy, who won the Kidney Quest Foundation Award for Best Singer when she was 15, also won first place at her high school awards ceremony, which resulted in her father proudly displaying the trophy in the house.

“Singing was my only place and my craft where I felt something because I didn’t do well in school or the outside world. The trophies and awards I got just for singing were so special, but the greatest [achievement] was the reward for not giving up, ”added Twixxy.

Since then, Twixxy started signing up for singing competitions and a very important win at the age of 15 led her to find a manager.

Twixxy’s manager had used her on shows for three nights and on one of those nights actor Danny Trejo was in the audience and he heard her sing. There they began to work together.

“Meeting Danny opened a lot of doors for me. I’ve had the privilege of meeting great people and singing on huge stages like never before. ”- Including the“ Let’s Groove Together ”drive-in concert in Norco, California this year, Twixxy said.

She said that her style of music represents her everyday life, including her fights and victories, and she loves using her voice to sing away her pain or share her feelings. For example, her music helped her sober up and get back to her career and do good in the world.

She said she hopes to inspire others to live happy and honest lives: “I see myself singing until the end of my days.”

Community News produces stories about hidden neighborhoods and small towns on the East Side and south of Los Angeles. Please email feedback, corrections, and story tips to [email protected]