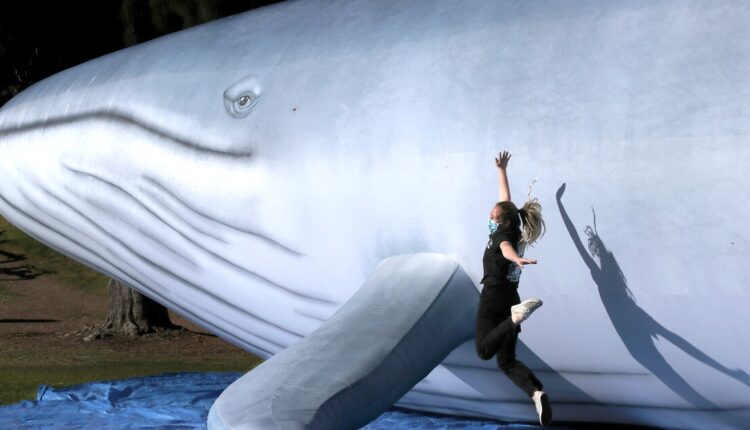 A parched Southern California began to see light rain in some areas Thursday night during a storm system forecast to continue through Friday, with mountain areas also likely to see some snow as cooler temperatures return to the region.

But light and scattered showers are expected to end by the weekend, according to meteorologist Eric Boldt from the National Weather Service in Oxnard.

“We expect about a quarter of an inch of rain,” Boldt said. “A pretty minimal storm.”

It was noticeably colder in Los Angeles, Ventura and Orange counties Thursday and should remain so into the weekend, according to weather forecasts. Temperatures plunged by 10 to 15 degrees from Wednesday highs, hovering in the 60s across the LA Basin and the low 70s in the valleys and the high desert.

By Thursday evening, most of the region had yet to see any rain, but light showers began to reach the northern Central Coast and sprinkles were reported in Ventura County, according to the weather service.

Here’s the updated forecast for the rain coming at the end of this week. Looking at 0.25-0.75″ rain, higher snow levels (4-5k), and a slight chance of storms. Things start up Thursday along the Central Coast, and Thursday night for Ventura/LA County. #socal #CArain #cawx pic. twitter.com/zT9OtEq0uG

Snow levels were expected to fall to about 3,000 to 3,500 feet elevation by Friday morning. The rain will taper off by Friday afternoon for most of the Southland, with some lingering showers exiting to the east, followed by some strong wind gusts, forecasters said.

High surf and gales were forecast for coastal areas Friday into Saturday, with swells of 4 to 7 feet along the coast of LA and Ventura counties.

A third, colder system from Central California is forecast to arrive by the weekend, bringing little rain to the valleys, mountains and coasts. Snow levels could drop even farther around the Grapevine by Saturday and the foothills of the Antelope Valley.

Forecasters caution motorists traveling in mountain areas to watch out for slick roads due to the snow.

Rainfall totals for this time of year are just about half an inch short of normal due to a wet December, which brought record-breaking totals to the region. But the region saw little rain in February, traditionally the wettest month of the year.

The first two months of 2022 were some of the driest months on record for Los Angeles and surrounding counties, receiving record-low amounts of rain, according to the National Weather Service.

Los Angeles International Airport recorded the driest start to the calendar year since 1972 with just 2% of the normal rainfall for that time of year. Airports in Santa Maria, Van Nuys and San Luis Obispo also reported record-breaking rainfall lows.

“December through February are usually the wettest months of the year in Southern California,” Boldt said. “But we didn’t see any rain in January and February. We still have another month to get more rain. We still see a storm or two into April and into early May. We haven’t closed the window for precipitation just yet.”