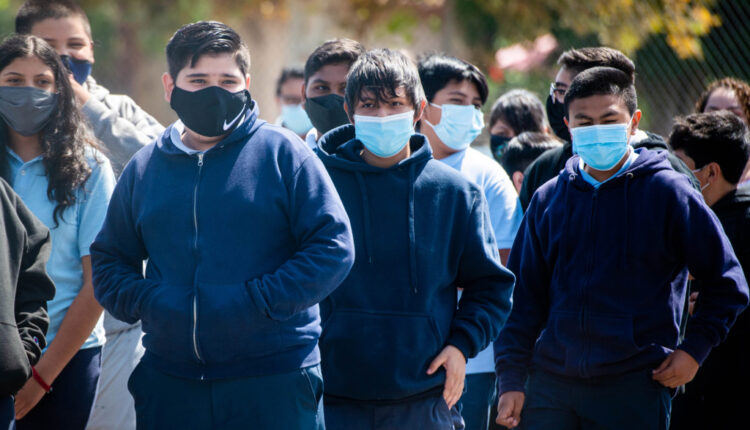 Two other schools in the Los Angeles Unified School District have experienced a COVID-19 outbreak, a spokeswoman for the country’s second largest school district confirmed on Friday, September 3.

Halldale Elementary, in the Harbor Gateway area of ​​the district bordering Torrance and the unincorporated West Carson area, reported 17 positive coronavirus cases, five of which were school-based transmissions, according to information on the COVID-19 school report dashboard District that was last updated at 10pm Thursday.

The Plainview Academic Charter Academy in Tujunga in the San Fernando Valley reported three positive cases, all of which were viewed as school-based transfers.

In a statement, the district confirmed that “the Los Angeles County Department of Health has detected a COVID-19 outbreak in both schools.” The county defines an “outbreak” as three or more cases within 14 days that are epidemiologically linked, meaning that those affected were in the same environment at the same time during the infection.

In Halldale, school cases were concentrated in two classrooms; At Plainview, cases were limited to a single classroom, the district said.

The district did not say how many teachers or students are being isolated or quarantined at these schools, but said it has notified anyone who may be affected by these cases.

Since the school year began three weeks ago, three LAUSD schools have seen outbreaks so far, according to the district. The first was reported to Grant Elementary in East Hollywood, where the county eventually confirmed the seven school-based transmission cases.

While officials have said they expect cases to occur when schools reopen and the Delta variant, a more contagious strain of the coronavirus, is more prevalent in the community, health and school officials have claimed that school environments where If multiple levels of health and safety measures are practiced – such as masking, physical distancing when possible, and improved ventilation – remain overall safe places.

LAUSD reported that there were 2,209 active coronavirus cases among staff and students late Thursday – a fraction of the total number of people the district tests for coronavirus each week. LAUSD requires that an estimated 524,000 employees and students – those who work or attend courses on campus or in district workplaces – be tested weekly.