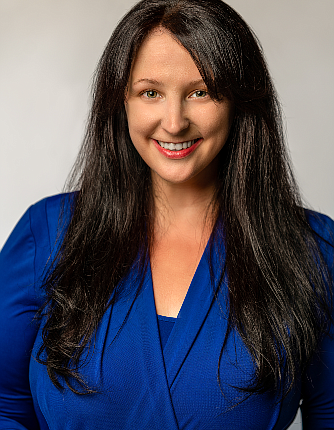 More than a million children start the school year in LA County. And just days after dropping my kids off for their first day, I visited my alma mater, Santa Monica High School – virtually for now – to learn more about the new $ 154 million Discovery Building.

It is the first open-concept educational structure in the United States, according to James Mary O’Connor, director of Santa Monica-based architecture and design firm Moore Ruble Yudell and one of the lead architects on the project.

Open building in its simplest definition means flexible. Instead of the halls of static classrooms, the 265,000 square meter structure offers rooms that can be easily adapted to their users. This approach makes it possible to adapt a structure to changing needs over time and to increase its sustainability.

O’Connor and John Dale, founders of the Council on Open Building and director of the downtown office of sustainable engineering and design company HED, worked closely on the design of the Discovery Building, which replaces decaying science and technology building from the 1950s.

“This was new to us,” said O’Connor. “Walls can be opened so that indoor and outdoor spaces can be connected. The roof is a huge study space. That really makes sense in a post-Covid environment. “

The four-story, energy-efficient building features rooftop classrooms, 36 classrooms, an Olympic size swimming pool, full-service kitchen for schools in the Santa Monica-Malibu Unified School District, indoor and outdoor cafeteria, underground parking, and multipurpose rooms. The Career Tech Space in the building is designed to support the school’s Lead the Way project, a four-year engineering program.
The building opened on time, and students and staff are now settling in.

Of the more than 130 contractors, subcontractors and suppliers involved in the two-year project, 43 are LA County based, according to Alan Braatvedt, Samohi project manager at SMMUSD’s Facility Improvement Projects and Massetti Consulting. These improvement projects are financed through the bond measures BB and ES, which were adopted in 2006 and 2012, respectively.

McCarthy Building Cos. based in St. Louis, which has an office in downtown, was the contractor for the project. Two of its main subcontractors were Moe Plumbing Services, based in Glendale, and California Commercial Pools, based in Glendora.

“It was one of the largest high school construction projects in the state,” said Steve Massetti, founder of Culver City-based Massetti Consulting and bond program manager and consultant for SMMUSD.

O’Connor likened redesigning the campus to converting the high school into a community college.

The Business Journal frequently reports on local colleges and universities that add to LA’s diverse talent pool, but schools across the county nurture and deepen talent at all levels of education.

Visiting Samohi again reminded me of the years I spent at the school newspaper and dreamed of the day of working as an editor for a prestigious publication. In the most recent phase of my content-related career, I was allowed to work as the managing editor of the Business Journal for the last two years and now I have the honor of working as an interim editor.