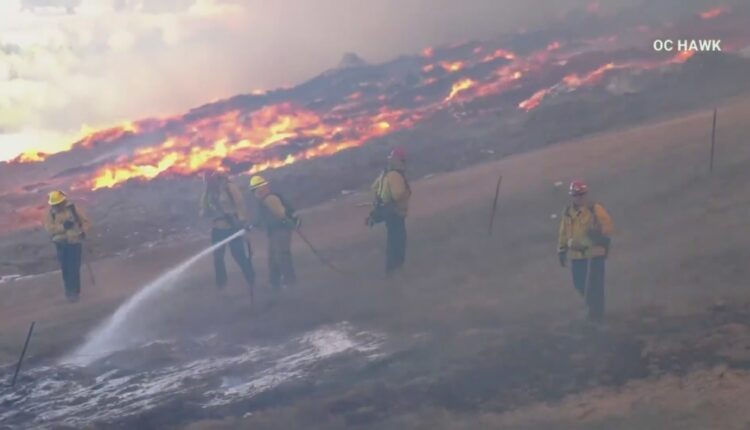 A red flag warning went into effect in much of the Los Angeles area on Sunday morning as gusty winds and low humidity increased the risk of fire across Southland.

The warning, which covers most of Los Angeles and Ventura counties, went into effect at 9 a.m. and will last until 3 p.m. Monday, according to the National Weather Service.

The highest wind activity is expected on Sunday morning and afternoon.

The wind gusts are expected to subside towards Monday, about 10 to 15 miles per hour less than on Sunday, forecasters said. Humidity in most of SoCal will drop into single digits in some parts of the basin, including Anaheim, San Bernardino, Riverside, and Lake Elsinore, due to high winds.

“Areas in a red flag alert are at increased risk of rapid spreading, wide-ranging observation and extreme fire behavior, especially given the presence of dry fuel throughout the region,” said NWS.

According to forecasters, the gusts of wind should peak on Sunday. Officials warned that the combination of high winds, low humidity, and dry fuels could help the fire spread quickly.

“If you break down or your car starts smoking on the side of the road, you want to make sure you don’t drag it into the bushes on the edge,” said Captain Sara Rathburn of the LA County Fire Department. “We get a lot of vehicle fires that lead to wild fires. And on a day like today they are harder to catch. “