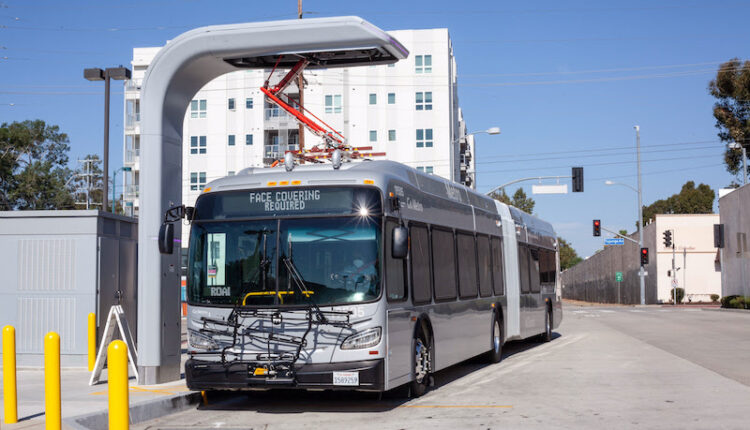 The Los Angeles County Metropolitan Transportation Authority (LA Metro) announced the successful completion of its transition to an all-electric bus fleet on the popular Metro G (Orange) Line in the San Fernando Valley this week.

Metro has phased out its old 60-foot articulated buses with compressed natural gas (CNG) on the G-Line – the type that has been running on the special bus-S-Bahn line since it opened in October 2005 – and replaced them with 40 new 60- ft emission-free articulated buses from New Flyer. Called the Excelsior Charge NG, the buses have zero tailpipe emissions, use advanced electrical technologies such as high-energy batteries and a traction drive system, according to a press release from LA Metro.

LA Metro said the new electric buses contribute to the agency’s equity goals to reduce inequalities in access to opportunities, including health outcomes, in key communities along the bus corridor.

“Metro is officially on the way to an emission-free future with the first official use of electric buses on a major express bus line,” said chairwoman of the Metro board of directors and chairwoman of the supervisory board of the LA district, Hilda L. Solis, in a statement. “This marks the beginning of Metro’s commitment and long-term investment in a healthier, fairer, and more sustainable bus fleet for LA County that will help our region reduce its tailpipe greenhouse gas emissions while significantly improving the customer experience.”

LA Metro began converting its bus fleet to electric buses for the first time in July 2020. Since the completion of the switch from CNG to electricity earlier this year, the agency has officially driven 900,000 miles on the electric buses.

The project includes the use of the electric buses and the associated charging equipment as well as improvements to the infrastructure. The total cost of the buses, equipment, and improvements is $ 80 million.