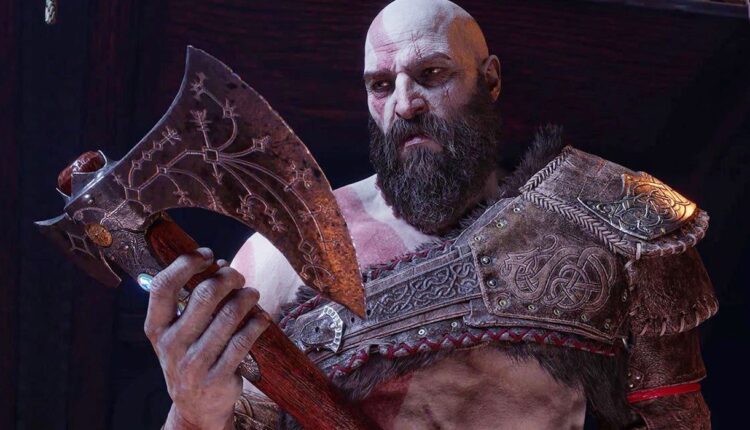 NBA All-Star LeBron James celebrates the success of God of War Ragnarok by sharing a photo of himself and his son posing with Kratos’ Leviathan Axe.

ace God of War Ragnarok continues to find success, NBA All-Star LeBron James took some time to celebrate his accolades with a real Leviathan Axe. Like its lauded 2018 predecessor, God of War Ragnarok has been showered with critical acclaim. Ragnarok has even achieved great financial success, as Santa Monica Studio’s newest game has become the fastest-selling first-party launch game in PlayStation history.

In a recent Twitter post from LeBron James, the NBA star shared a photo in honor of God of War Ragnarok’s achievement of becoming the fastest-selling PlayStation first-party launch title. The photo shows James, alongside his son LeBron “Bronny” James Jr., adorned in furred garb and clutching a real Leviathan Axe. The weapon is a near-perfect replica of the same ax that Kratos uses to fight his way through the characters of Norse mythology in God of War Ragnarok, with the blade etched with authentic runic patterns. The head of the handle also possesses two Runic Attack slots that Kratos uses to store his different Runic abilities, just like in the game.

Related: GoW Ragnarok: Leviathan Ax vs. Blades Of Chaos – Which Weapon Is Best

After Years Of Waiting, Fans Are Celebrating God Of War Ragnarok’s Release

One interesting tidbit about the photo James shared lies within its all too familiar background. Keen-eyed fans may recognize the giant painting of Kratos and Atreus and the lavishly decorated red room as the same set used in the epic celebrity-filled ‘All Parents Can Relate’ commercial for God of War Ragnarok. As both James and his son appeared in the ad, it’s unsurprising that the two would find time to immortalize the surreal occasion. The hilarious GoW ad starred LeBron James, Ben Stiller, and John Travolta as they discussed how Kratos inspired them to be better parents to their kids.

While seemingly just a fun love letter to God of War Ragnarok’s achievements, LeBron James’ celebratory photo may come off as cathartic to fans and Santa Monica Studios. The road to Ragnarok has been hard on the God of War team, especially with the core of development taking place amid the height of the COVID-19 pandemic and Kratos’ voice actor Christopher Judge recovering from a serious set of surgeries and rehabilitation. With all of these setbacks and having already suffered previous delays, fans feared the possibility of a further delay of God of War Ragnarok into 2023. Despite these obstacles, fans and developers would arrive together at the end of that long, stressful road and celebrate God of War Ragnarok’s completion in 2022.

God of War Ragnarok has given fans like LeBron James a lot to be happy about. With players spending hours seeing all that Ragnarok has to offer, hopefully, the minds at Santa Monica Studios can rest easy knowing their efforts are appreciated. But, as inevitable as Ragnarok itself, one question will emerge at the conclusion of every player’s time with God of War Ragnarok: What’s next?

More: God of War Ragnarok: Best Things To Do After Beating The Game