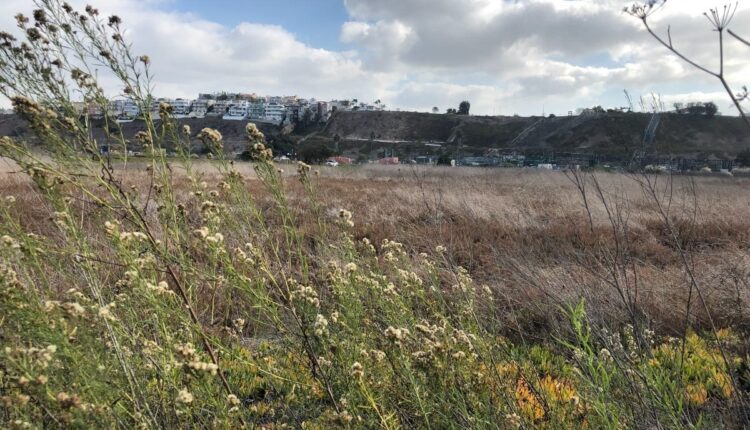 Visitors can access a short trail with benches and a bike rack Wednesday through Saturday from 8 am to 1 pm The location is a short drive, walk or bike ride from Fisherman’s Village in Marina del Rey.

The Santa Monica Mountains Conservancy Board, which is part of the Mountains Recreation & Conservation Authority, installed the benches, gate and bike racks at the location.

This marks one step in the direction many environmentalists have advocated for over the last several years — public access and education.

Marcia Hanscom, co-director of the Ballona Institute who also chairs the Sierra Club’s Ballona Wetlands Restoration Committee, has advocated for this move at the wetlands.

“There are some people in the state government who understand that the Ballona Wetlands State Ecological Reserve should not be operated like a private club and that – for once now, a family of 4 from Ladera Heights or a woman from Inglewood can decide on a Saturday morning that they would like to take a walk in nature and go to the Fiji Way gate to do just that,” Hanscom said.

Hanscom said she and other organizers are grateful to the State Coastal Conservancy Board member Joseph Alioto for listening to the public over the last two years.

The community has worked hard to protect the land from massive condo developments and marina expansion, she added.

“Alioto was appointed by Governor Gavin Newsom, and we hope that they both begin to listen to the public about what more is needed at Ballona — and not bulldozers,” Hanscom said.

Conservationists had long complained about the lack of public access to portions of the reserve and what they see as destructive work being undertaken by SoCalGas, an activity that the Sierra Club’s Hanscom claims have generated complaints from nearby residents.

DFW officials acknowledge some sections of the wetlands are closed to the public but these restrictions were imposed because of operational and maintenance constraints and safety concerns. The closures and other aspects of the restrictions were detailed in an October 2020 letter from DFW to the Santa Monica Bay Restoration Commission, a state agency created to monitor and coordinate restoration and other activities enhancing the Bay and its watersheds.

At the same time, DFW told Patch that SoCalGas has legal rights-of-way and other easements within the reserve and can restrict access to those areas.

Restrictions on wetlands access, along with misuse of public money are among allegations contained in a lawsuit filed in August 2019 in Los Angeles Superior Court against the Conservancy, Sam Schuchat, its executive officer, and the Bay Foundation by a group of organizations and activists seeking preliminary and permanent injunctions prohibiting Proposition 12 funds or other public money from being spent for anything other than “maintaining and protecting the fragile, imperiled lands at Ballona and the wild species that rely on these lands.”

The lawsuit alleges substantial amounts of bond funds are being spent for purposes not authorized by voters who approved the proposition two decades ago and seeks a “forensic accounting” and return of all funds the plaintiffs claim were misspent on what they term a “cynical and counterfeit ” wetlands restoration program actually designed to benefit SoCalGas in light of calls by some to shut down the gas storage field.

Brian Pease, a San Diego attorney filed the lawsuit in August on behalf of Defend the Ballona Wetlands, an unincorporated association and its co-founder Lisa Karlan; the Animal Protection & Rescue League, a nonprofit animal rights group Pease heads which serves as a “fiscal sponsor” permitting Karlan’s group to solicit tax-deductible donations, and activists Molly Basler — who is also a candidate for Los Angeles City Council, Hanscom and her partner, Robert Jan van de Hoek, a naturalist and supervisor for the Los Angeles Department of Parks & Recreation.