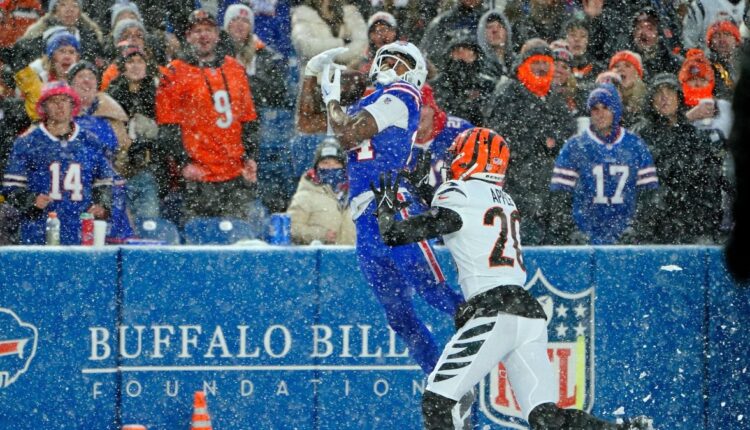 Postseason Eli Apple is back in full force.

After making waves during the Cincinnati Bengals’ Super Bowl run last year with his trolling antics, the cornerback is reviving the trash talk that made him a vexed figure between fanbases.

The 27-year-old most recently grabbed headlines during the Bengals’ 27-10 divisional round win against the Buffalo Bills on Sunday when he made spanking motions on the sideline with just minutes remaining.

Then on Monday, in a series of tweets about the Bills, Apple quoted a tweet on Stefon Diggs’ verbal exchange with Josh Allen on the sideline. Apple tweeted the two couples need therapy and – likely jokingly – that he’d even pay.

During Diggs’ one-sided exchange, he appeared to be upset with Allen by sending words in his direction, shaking his head and waving his arms in frustration. Allen never looked up to respond.

Apple also quoted a Diggs’ tweet where the Bills receiver was explaining his exchange/reactions to the loss, saying NBA player Patrick Beverley’s infamous “Cancun on 3” phrase used after a team was eliminated from the playoffs.

The 29-year-old Diggs finished the game with just four catches for 35 yards while Allen completed 25 of 42 passes for 265 yards and one late interception. He also rushed eight times for 26 yards and found the end zone once.