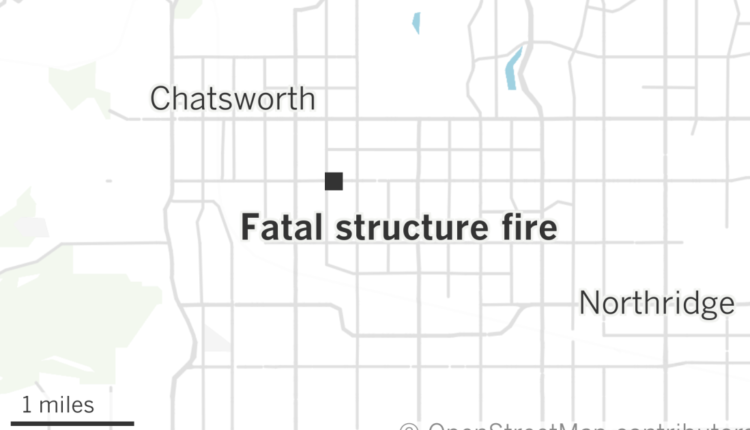 Firefighters found the body of a woman at the site of a mobile home fire in Chatsworth on Tuesday evening, prompting a search for the other residents of the house and an investigation into the fire.

Units were called to 20652 W. Lassen St. at 5:31 p.m. and found flames from a motor home, according to the Los Angeles Fire Department.

The crews put down the fire in 26 minutes and found the house full of items they described as “excessive storage conditions.”

The fire brigade found the body when they searched “at least 1.2 meters of rubble,” said the fire brigade. The woman was pronounced dead at the scene.

Captain Erik Scott, a department spokesman, described the victim as an elderly woman and said she was found in a bathroom.

In addition to the challenges posed by the amount of rubble in the house, there was no working smoke alarm, Scott said.

The crews received reports that two other people living in the house may have left; they went missing for Tuesday night. Firefighters continued to search the house.

According to the department protocol, fire investigators reacted to fatal fires on site.

No further information was available on Tuesday night.