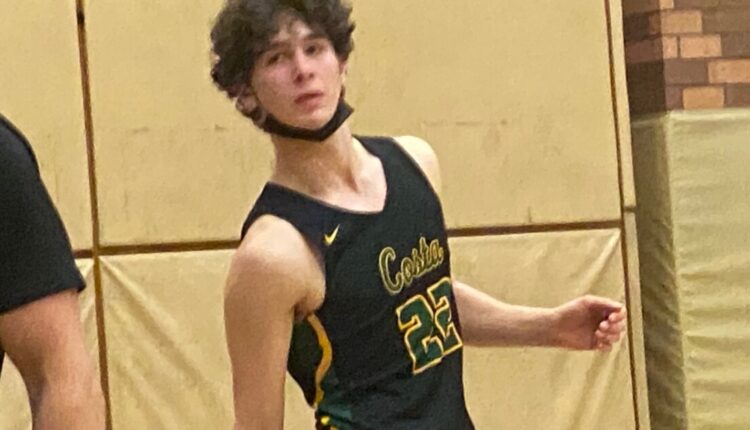 Six games in the high school basketball season, Mira Costa’s junior guard Dylan Black shows that he could be a candidate for the most valuable player honors. He was the MVP of the Ocean View tournament, and on Wednesday night he scored Mira Costa’s first 12 points in the fourth quarter and finished a 53-45 win over Loyola at Loyola with 24 points.

Mira Costa is 6-0 and plays team basketball. The score was tied by three quarters at 34-34. Then the 6-foot-2, 185-pound 16-year-old decided he had to step forward and deliver a spark. He made a face three, then two free throws, and the Mustangs began to break away from the Cubs (4-1). Jalen Cox led Loyola with 13 points.

“It’s kind of instinctive,” Black said of his fourth quarter performance. “Little game, you have to put points in the basket.”

He has a 4.0 grade point average and has gained 20 pounds this season which makes him look like a muscular linebacker, especially when attacking the basket. He’s been a varsity player for the Mustangs for the past three years, who are making a quick start under coach Neal Perlmutter.

Any time Loyola and Mira Costa clash it is a big deal due to rivalry across a variety of sports. Some Loyola players live in Manhattan Beach.

Crespi 72, Valencia 50: Mason Dorsey led the Celts with 20 points and Alex Muzon had 17. Kai Davis had 29 points for Valencia.