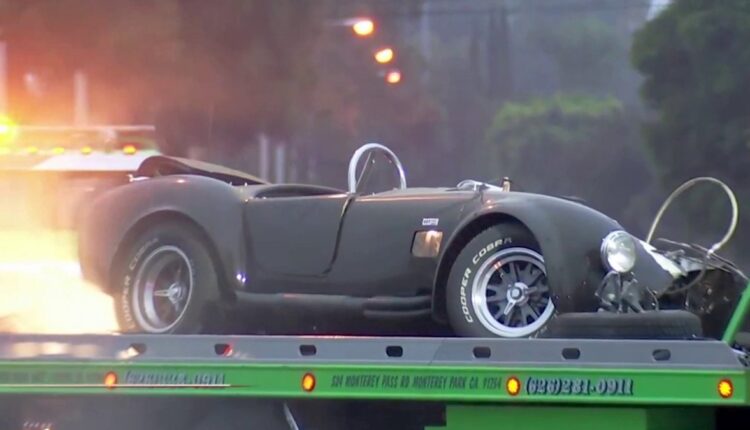 A Los Angeles County Sheriffs Department employee was killed and a woman hospitalized when a 1960s Shelby Cobra crashed into a mast in Temple City.

The crash was reported at Block 5400 on Santa Anita Avenue. The driver, a man, was thrown out and died on the scene in the San Gabriel Valley community, about 15 miles northeast of downtown Los Angeles.

The woman was hospitalized, but details about her condition were not immediately known.

Details of the cause of the car accident were not immediately available.

The driver is an employee of the Los Angeles County Sheriff’s Department, the agency confirmed. He was later identified as Cameron Blaine Fish, 33, Thursday morning.

The video showed a procession of police vehicles leaving the crime scene in a coroner’s van. Police officers saluted as the corpse, draped with an American flag, was placed in the van.

The Shelby Cobra is an iconic American sports car designed by the famous automobile designer and racing driver Carroll Shelby. In the early 1960s, Shelby took a light British roadster and dropped a burly Ford V8. The result was a powerful and agile performance car that could be driven on public roads and driven in competition.

The Cobra sold for around $ 7,500 in new condition. Today, an original Shelby Cobra can reach high seven-figure amounts and more at auctions.