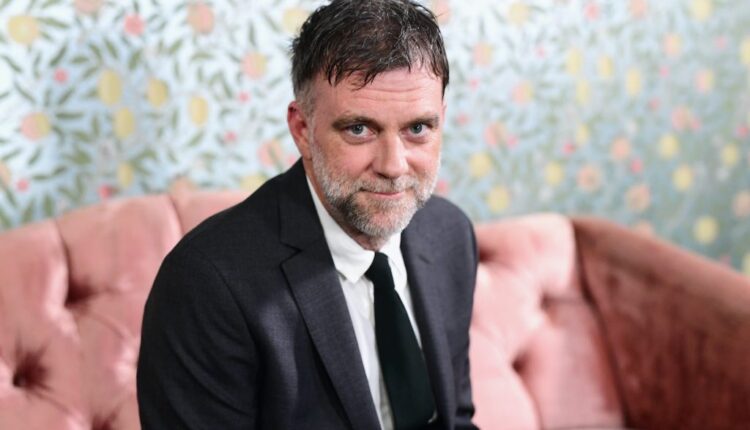 He says there was a moment in real life that inspired him to write Licorice Pizza, and he describes it as “an awkward teenage encounter,” similar to the moments Gary and Alana have in the film.

Anderson was walking around his neighborhood where the film is set, the San Fernando Valley, one day and walking past Portola Middle School, he told Variety. He described a moment he witnessed that got stuck in his head and sparked the idea for the film.

“It was photo day,” he said, “and I saw this very energetic teenager flirting with the girl who was taking photos. It was an immediately good premise. “

Anderson said this was the moment he thought about a possible scene – a child taking an older woman out to dinner and what might happen next. “What if she said yes against her better judgment?” He introduced himself. But the idea didn’t seem to be going anywhere at first – not until he combined it with funny stories he heard from his friend, producer Gary Goetzman.

Goetzman sold waterbeds to celebrities as a teenager, just like the character Gary in the film. Goetzman also grew up in the San Fernando Valley. After hearing several of Goetzman’s outrageously funny true stories, Anderson was inspired to write the script. Many of Goetzman’s stories found their way into it.

The San Fernando Valley plays a role in Licorice Pizza because the film shows life in Los Angeles without all of the usual iconic Hollywood landmarks. Anderson grew up in the Valley and now lives there with Maya Rudolph and their four children.

Anderson loves the area so much that it has been the setting for three of his other films – Boogie Nights, Magnolia, and Punch-Drunk Love. In an interview with Variety, Anderson said he often asked himself, “Are you really going to do another movie in Los Angeles in the 70s? Don’t you think you did that? ”

His love for the area always wins in the end, so he ignores that voice in his head – “hitting it like a fly,” as he said to Variety.

What makes Anderson so special about the Valley? He described it as feelings, especially comfort and joy. He also said that he liked the look and the “taste and smell”.

In any case, love, be it for a person or a place, is not always easy to explain. But if all the hype and critics are correct, Licorice Pizza seems like a love letter to the San Fernando Valley that you want to check out.

The moment MGM released the trailer, Licorice Pizza seemed destined for success – and upset social media, with Twitter calling it the best movie of the year. Anderson’s past films have been nominated for Academy Awards, but he hasn’t won one of his own. Some say this could be his year for an Oscar.

Licorice Pizza has already won numerous awards. The National Board of Review named him “Best Picture” and Anderson “Best Director”. The American Film Institute named the film “Best Film of the Year” as one of its top 10 winners. The New York Film Critics Circle Awards announced that Anderson won the award for Best Screenplay.

Licorice Pizza is also a box office hit, and MGM studio says its revenue is an all-time record. The film released in just four theaters in the U.S. on Nov. 26, but it saw big results almost immediately – it earned an average opening screen of $ 83.8,000, Deadline reports.

The cast of a film is usually the main attraction, but the film’s two stars both make their acting debuts. Hoffman chose Haim, a singer and guitarist for the band Haim, because she is a real “valley girl”. Haim keeps her first name and plays Alana Kane. Prior to shooting the film, Anderson directed several Haim music videos.

Hoffman, who plays Gary Valentine, has a famous father – the late Philip Seymour Hoffman, who has starred in several of Anderson’s films. Anderson said the inexperienced actor’s cast gave the character a quality he preferred to a more elaborate performance that a seasoned actor would have done.

The young up-and-coming stars have chemistry, critics say, and more prominent names join them in supporting roles. Bradley Cooper plays Jon Peters, a character based on the real-life Jon Peters, a producer in Hollywood. Peters started out as a hairdresser and was with Barbara Streisand.

Benny Safdie plays Joel Watts, a local politician who appears to be a character based on Joel Wachs. Christine Ebersole appears as Lucille Dolittle, a character who is said to be Lucille Ball. Anderson’s wife Maya Rudolph also appears.