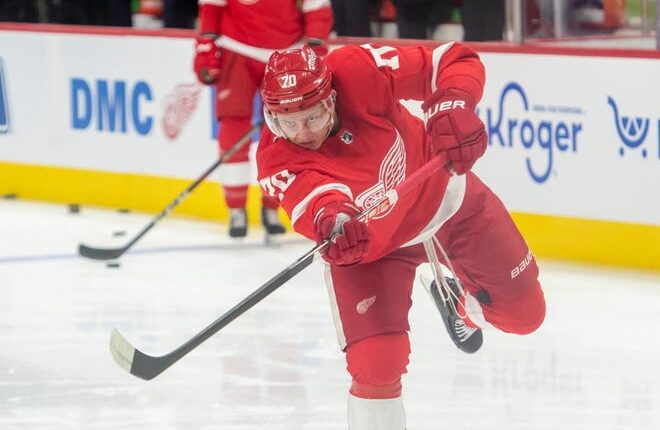 The Detroit Red Wings finally got their trade deadline activity underway, dealing defenseman Troy Stecher to the Los Angeles Kings on Sunday for a seventh-round pick in the 2022 draft, per an announcement from the team.

Stecher, 27, is set to become an unrestricted free agent at the end of the season. He signed with the Red Wings ahead of the 2020-21 season for two years, $3.4 million.

TSN’s Chris Johnston has reported that Detroit did not retain any of Stecher’s salary in the deal. Teams can retain salary on up to three players; the Red Wings’ only salary retention slot is being used on Richard Panik ($1.375 million per year through the end of the 2022-23 season).

In two seasons with Detroit, Stecher put up 13 points over 60 games. He missed time both this season and last due to a wrist injury and being a healthy scratch.

While the return isn’t much, it’s not at all surprising. Stecher was the odd-man among left defenseman after the team added 23-year-old defenseman Olli Juolevi off waivers from the Florida Panthers.

It’s Yzerman’s first trade since acquiring Mitchell Stephens for a sixth-round pick from the Tampa Bay Lightning in July.

It remains to be seen how many of Yzerman’s deadline deals this season will involve defensemen. Nick Leddy, acquired from the New York Islanders this past offseason, was sat out of the team’s last two games. Marc Staal is also on an expiring deal, although he would have to waive his no-move clause in order to be dealt with.

Nolan Bianchi is a freelance writer.