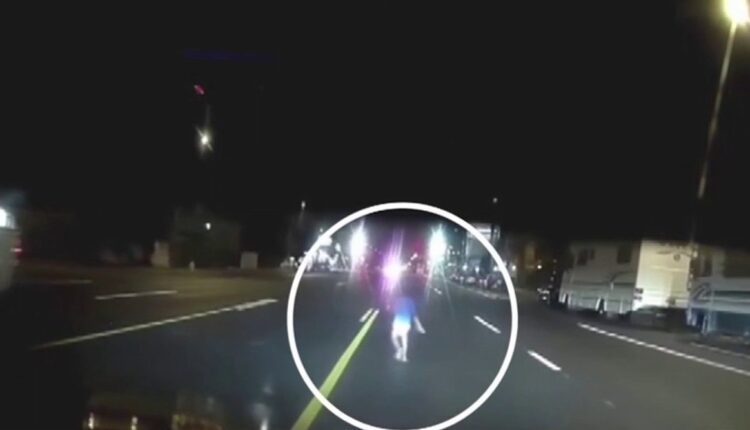 The camera on a delivery driver’s dashboard captured the dramatic moments when he stopped on a busy San Fernando Valley road to rescue a toddler.

The 2-year-old boy was walking barefoot on Burbank Boulevard in Van Nuys on Tuesday evening wearing a shirt and diaper. At some point it appears to be heading for oncoming traffic, including a pickup.

Gerson Tavares stopped in the street and got out to warn oncoming drivers. Finally he picked up the child when other drivers realized what was going on.

“I’m in the right place at the right time,” said Tavares.

The boy seemed to be carrying something, possibly a tablet.

The police later reunited the child with family members. It wasn’t immediately clear how the boy ended up alone on the street.