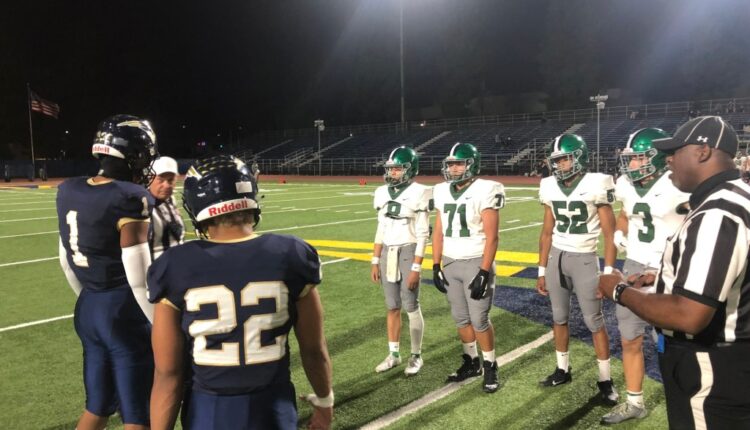 1. Birmingham Charter (3-5. 2-0 West Valley): It’s the Patriots, then everyone else when it comes to the City Section soccer teams in the San Fernando Valley. Birmingham have beaten their opponents 145-0 in their last three games, including last week’s 49-0 win over Granada Hills.

Next: in Chatsworth, Friday

2. Reseda (5-2, 5-0 Valley Mission): The Regents beat Van Nuys 53-0 last week and filled the opening of their schedule this week with a non-league game at Hawkins.

Next: in Hawkins, Friday

3. Canoga Park (4-3, 4-0 Valley Mission): The Hunters used big moves by Kayden Collins to anchor their 28-6 win over Kennedy. Canoga Park should take care of business and stay healthy against Van Nuys (0-7) before Reseda takes on the league title on October 29.

Next: vs. Van Nuys, Friday

4. Granada Hills Charter (3-4, 1-1 West Valley): The Highlanders missed Dijon Stanley for half of the game against Birmingham last week.

Next: in Cleveland, Friday

5. Chatsworth (6-2, 2-1 West Valley League): The Chancellors secured a 33:30 win over El Camino Real last week, giving the program its first winning season since 2015. It will get a big test against Birmingham on the Friday before the playoffs start.

Next: vs. Birmingham Charter, Friday