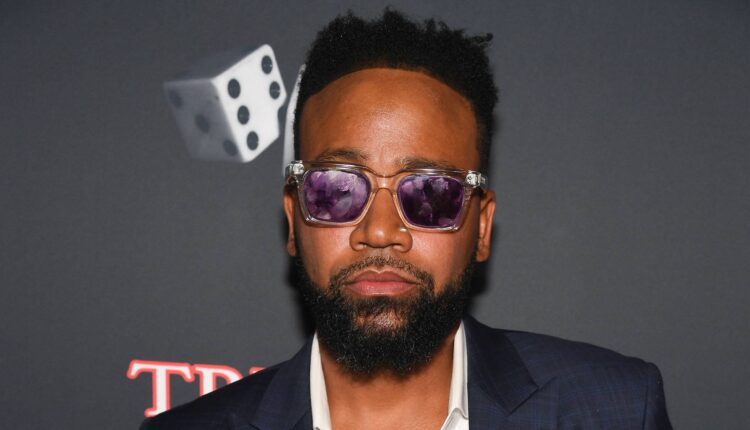 Columbus Short has responded on social media after news broke that the former Scandal actor was arrested for domestic violence on Wednesday (Feb. 2).

BET previously reported that Short’s arrest happened due to an argument with his wife Aida Abramyan Short. Police were called to Short’s San Fernando Valley, California residence after a verbal back-and-forth argument between the couple turned physical, TMZ notes.

Short claims that his wife punched him, yet officers report that they didn’t observe any marks on the actor to back it up. However, police allege they saw minor injuries to his wife and arrested the Stomp the Yard star on suspicion of felony domestic violence.

Since the arrest and release of the 39-year-old, Short took to Instagram to share his side of the story with a now-deleted post obtained by The Shade Room.

“The truth. Marriages are challenging but getting through it is [a] bless you!” he wrote in the caption. “I AM not an abusive man, nor am I on drugs, but drinking alcohol makes my mouth get a little out of pocket. That’s the truth. My wife and I are working on our marriage and real work with @callmemrsshort #MyApologies.”

RELATED: Columbus Short Sentenced To One Year In Jail For Beating On His New Wife

In his video, Short described the event and explained that the scratches on his wife’s hand happened while he attempted to grab her phone. He also shared that the police did not want to take him or his wife into custody.

This isn’t the first time Short has been arrested for domestic violence. In March 2018, he reportedly pleaded no contest to allegedly hitting his wife during an incident in November 2017.

At the time of the incident, the actor was on probation for a bar fight and was later sentenced to one year for violating the terms of that probation. Short has had multiple domestic violence allegations, dating back to 2014, which prompted his exit from the popular ABC drama series, according to the New York Daily News.

Short has yet to be formally charged in this latest incident.