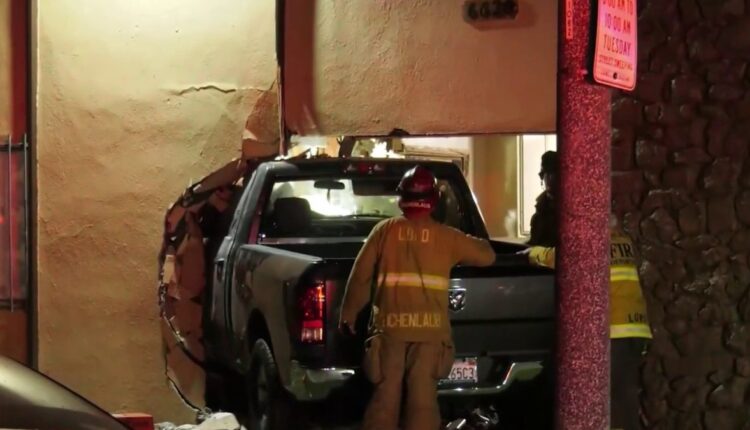 A child was hospitalized in critical condition after a pickup truck slammed into the wall of her bedroom in Long Beach during a hit-and-run crash early Wednesday morning.

Authorities are now looking for the driver, who took off after the crash.

A witness in Long Beach could see the plywood board over the huge hole left behind after the vehicle careened through the wall of the building.

It is unclear exactly why or how the truck went off the road. The home is just off the 91 Freeway, near Cherry Avenue, and close to the street.

The crash was forceful enough that the truck was actually inside the bedroom on the other side of the wall, where at least one child — possibly two — were sitting.

One child was underneath the pickup truck after it went through the wall. Authorities were able to take her to the local hospital, where she is in critical condition but being treated.

The condition of the other child who may also have been injured is not yet known.

The ages and names of the children have not been released.