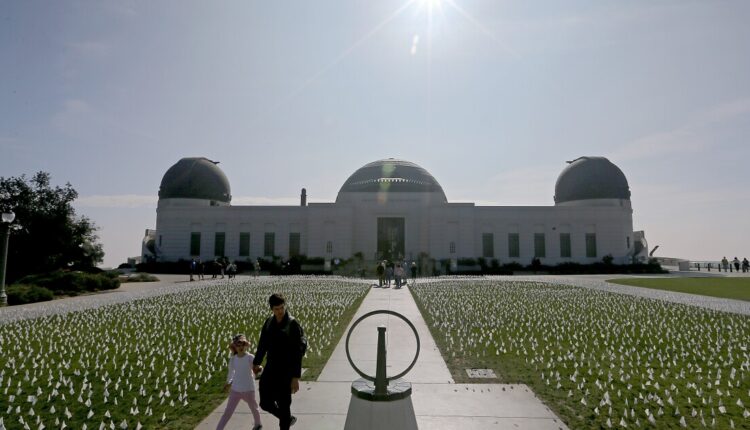 California’s COVID-19 death toll has surpassed 80,000, a sobering number that undoubtedly will continue to climb in the days and weeks ahead even as the state emerges from the worst of this winter’s Omicron surge.

While much has been made about this latest variant’s generally milder nature compared with strains that came before, officials have long cautioned that the sheer avalanche of infections spawned in the wave’s wake would almost assuredly lead to more illness and death.

“Omicron is milder than Delta and than some of the ancestral strains. But let’s not fool ourselves that this is inconsequential illness because, for many people, it’s not,” said Los Angeles County Public Health Director Barbara Ferrer.

Over the last week, California has reported an average of 176 COVID-19 deaths per day. The cumulative reported death toll, 80,022, is now roughly equivalent to the population of Lakewood or Tustin.

It’s difficult to determine how many of the recent fatalities are the work of Omicron, and how many can be attributed to the lingering effects of its Delta cousin.

“Some of the mortality we may still be seeing could be from Delta, though. Don’t rule that out,” Dr. George Rutherford, a UC San Francisco epidemiologist and infectious disease expert, said during a panel discussion Thursday.

However, nearly 4,000 deaths have been reported just since Jan. 4 — roughly two weeks after Omicron became the dominant strain circulating statewide.

Regardless of the variant, COVID-19 has proved to be the leading cause of death in LA County since the pandemic began.

Based on death certificate data, 24,947 Angelenos died from COVID-19 between March 1, 2020, and Dec. 31, 2021, according to Ferrer. That outpaced the 21,513 deaths during the same time period from coronary heart disease, which is normally the county’s leading cause of death.

During that same time, 3,422 Angelenos died from pneumonia or flu.

“While vaccines and therapeutics offer powerful protection against death, even our recent numbers continue to highlight how, in comparison to other respiratory illnesses, COVID remains more deadly,” Ferrer told reporters Thursday.

As a lagging indicator of coronavirus spread, the number of reported deaths is influenced by changes in coronavirus transmission that occurred weeks earlier.

That’s why the trendline of fatalities has continued upward even as other pandemic metrics have fallen sharply.

Over the weeklong period ending Wednesday, California reported an average of about 51,200 new coronavirus cases per day — down significantly from the height of Omicron, when the daily case rate topped out between 120,000 and 122,000, according to data compiled by The Times.

However, even this much-subsided rate remains higher than during any prior surge.

Hospitalizations have seen a similarly sharp decline. Statewide, 12,134 coronavirus-positive people were hospitalized Thursday — down 21% from the Omicron-era peak of 15,435, which was recorded Jan. 21.

However, it remains to be seen how long it will take before the sharp decline in infections triggers a similar downturn in deaths.

Health officials continue to emphasize that even though Omicron has shown the ability to evade some of the protection afforded by vaccines or previous coronavirus infections, those who are unvaccinated remain most at risk of serious infection and death.

“COVID has led to inconceivable illness and death,” Ferrer said. “And increasing vaccination and booster rates offers the best hope for reducing the most tragic outcome from COVID infection.”