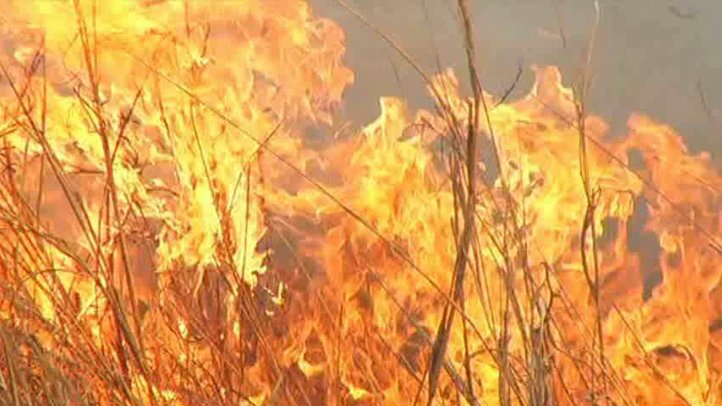 A fast moving bushfire, fanned by gusty winds, scorched an estimated 600 acres of grass near the Golden State (5) Freeway in Gorman on Sunday, forcing evacuations near an RV park.

The tumbleweed fire that ignited near Freeway 5 heading south on Gorman Road was reported at 1:34 p.m., according to the Los Angeles County Fire Department.

A second alarm went off and the Los Angeles County Sheriff’s Department advised people to stay out of the area. Sheriff’s officers evacuated people south of the Hungry Valley State Vehicular Recreation Area in Gorman.

No injuries or structural damage were reported immediately.

A smaller bush fire also broke out in nearby Agua Dulce on Sunday afternoon, which burned at least four acres of grass and threatened structures near the 10500 block of Dale Road, the fire department said.