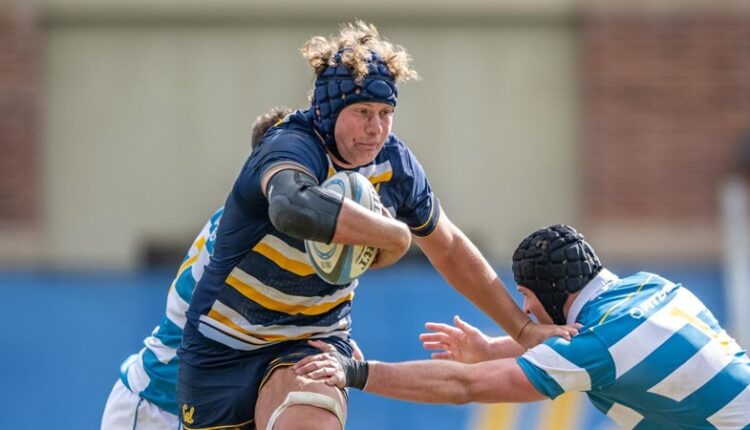 California Improves to 9-0 With a Victory over UCLA

“UCLA were game for the match,” head coach Jack Clark said. “They made it hard on us in spurts, credit to them. We were solid-ish overall, really good some of the time to slightly below our standard at other times. It was a match that will help us grow.”

The Bears dominated the scoreboard in the first half of the match, scoring four tries and successfully converting on all four. Senior Captain Sam Golla got the first ball across the try line in the fourth minute, followed by a try from sophomore Max Clark just two minutes later. Cal continued to keep the Bruins outside of their own try zone until the second half of the contest, when they scored their first try in the 52nd minute. Senior Nick Bloom scored a pair of tries in the 54th and 58th minutes, while junior Max Schumacher clinched the victory with the final try of the game in the 75th minute.

Eight tries were scored by six players, while senior Nick Bloom scored three times throughout the match. Junior Nate Salter went 7-for-8 on conversions in the contest.

“We ran into a few problem areas that we hadn’t been faced with too much prior to today’s game,” senior Max Murphy said. “UCLA did a good job at challenging us at the breakdown. We were also a bit slow in defending their lineout, and there were instances where we got ball and man even when we weren’t under too much pressure. Happy for us, identifying these areas means we can work hard to fix them and have them become strengths in our next game.”

In the reserve-grade match that followed, California came out on top once again, defeating UCLA 90-0.

The Bears will return to Strawberry Canyon next week as they prepare for a Friday evening home matchup on March 17 against Central Washington. The match is scheduled to kick off at 6pm.