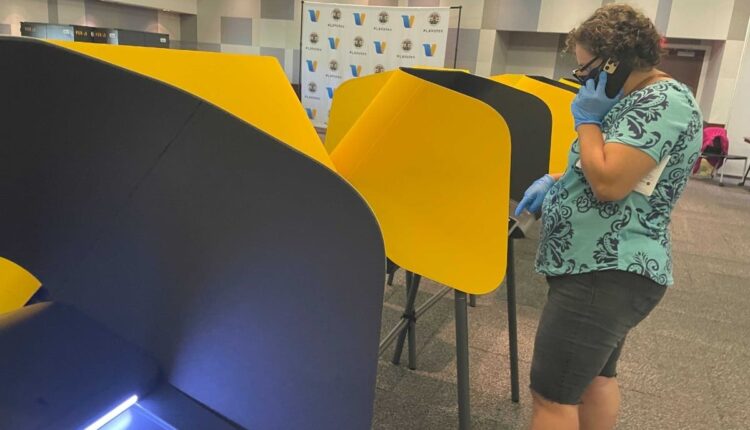 SANTA MONICA, CA – Tuesday is the day: it will be the last day you cast your ballots or vote in person for the gubernatorial election that could remove Democratic first-term governor Gavin Newsom.

There are 46 candidates on the ballot to compete for Newsom’s job, including 24 Republicans, nine Democrats and 13 others.

Polling stations and delivery points open at 7 a.m. and close at 8 p.m.

“Voters who still have their postal ballot can hand it in at any polling station, polling center or ballot box,” said California Secretary of State Shirley Weber. “If you vote in person, you have the right to cast your vote as long as you wait in line by 8 p.m.”

“[Those] The ballot papers will be counted as soon as the district electoral office has completed the verification of voter registration, “Weber said in a statement.

If you don’t know if you’re registered to vote, you can check here: VoterStatus.sos.ca.gov.

Several polling stations are open in and around Santa Monica on Tuesday. They include:

The state’s Republican Party decided last month not to endorse a candidate, but Conservative talk show host Larry Elder became the party’s front runner and led the polls for months.

In a recent poll by the University of California, Berkeley, Elder was the first choice for people to vote for a recall candidate, 28 percentage points ahead of the closest candidate.

The Democrats stood behind Newsom during the intensified recall campaigns. On Monday, President Joe Biden personally showed his support for Newsom by flying to the Golden State.