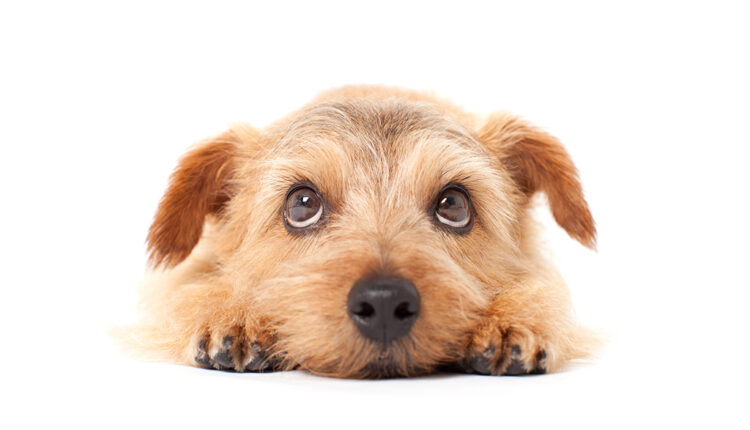 Los Angeles is in the midst of an unprecedented health crisis. Routine treatment is delayed, emergency rooms reject patients, staff shortages paralyze the system, and there is a week-long waiting list for vaccines. It’s a crisis sparked by the Covid-19 pandemic, but it’s devastating the pet population rather than the human population.

Basically, there are just too many pets and not enough veterinarians to look after them, but the details are triple.

“There is a shortage of staff, both technical and medical, and I would certainly call that a crisis,” said Leah Basinais, director of operations at ACCESS Specialty Animal Hospitals. “There is an influx of new pet owners, which in itself is fantastic. We love pet owners in this industry, don’t we? But at the same time, you don’t have the capacity to take care of it. Because of a lack of staff. There is a veterinary suicide component that I think is a major crisis. “

Statistics vary based on the data point being tracked, but all signs point to massive pet adoption over the past two years.

More than 11 million pets were adopted from March to November 2020, internet traffic for pet adoption increased 250% in 2020, adoptions from animal shelters increased 12% in the last year, and animal shelters were literally empty.

Madeline Bernstein, president of the Society for the Prevention of Cruelty to Animals Los Angeles, said owning a pet is a way to socialize that otherwise wouldn’t exist in lockdown.

“So the animal society wasn’t just the animal company, if you were locked alone you couldn’t go to work. We work at home, but you could go to dog parks, go for walks, see other pet owners. “

Whether the new pets came from a shelter or a breeder, they were likely in a place where a single veterinarian could treat multiple patients. Animals that may have been cared for centrally in an animal shelter are now in individual houses. While this is great for their emotional wellbeing and long-term health, it does mean that these pets will now need individualized appointments for their grooming, be it emergency or routine grooming.

At the same time there was also an influx of animals into the system. As the pandemic progressed, there were more opportunities to breed animals as people stayed at home and lost other jobs. Unscrupulous brokers have also increased the amount of animals imported, which is disproportionately damaging to the system, as pets brought into the economy are often sicker than animals derived from ethical practices.

“People are so eager to become part of this ‘I have a dog too during the pandemic’ that they are trying to bring in dogs from other places that have other diseases that will not be well,” said Bernstein. “You are in dire need of veterinary help and cannot get it. With a little patience, they could just wait a little longer and not have their dog, or not get their dog the day they decide to get a dog, but maybe wait a couple of weeks and work with a shelter together when the population changes. “

While large numbers of new pets would put a strain on a functioning system, pre-pandemic veterinary care was far from healthy, with a significant staff shortage.

“But the staff shortage used to be exclusively of a medical nature,” said Basinais. “We couldn’t get enough doctors, and now you know, we have the support staff. It has developed into both a shortage of doctors and a shortage of paraprofessional staff. And I think that’s kind of a function of COVID, but it also has to do with the educational opportunities, the money that is in the industry that is not that common for technical staff. I think there are many different factors that contribute, but the staff shortage has certainly only been exacerbated by COVID. “

The combined effects of high demand and low supply in the veterinary business have completely predictable and tragic effects.

Bernstein said a friend recently had an emergency and had been turned away from multiple clinics.

“She was literally in an extreme emergency, literally waiting outside in the car so that if one dog died and they suddenly had time to come out and get the next in the car, they could come out. This is emergency service. It’s gloomy. “

“Unfortunately, waiting times of six to eight hours are not uncommon,” adds Basinais, “and it happens more often that our emergency rooms are fully occupied and cannot accept new patients. And it’s not just our hospitals – we often get calls from desperate pet owners telling us that we’re the fifth hospital they’ve called and that no one could take them. “

Bernstein compared the problem to the shipping fiasco just off the coast.

“It is almost as correct as in the ports, there is a standstill when it comes to veterinary care or appointments or regular wellness visits. Just like with people, if it’s not life threatening or an emergency, if all you need is a routine checkup, you’ll be off for months. “

While the triage system is essential to pet rescuing right now, it can have its own aggravating effect on the system, and Los Angeles has already seen an increase in two preventable canine diseases. Pets who are unable to receive preventive care or treatment for routine foods can become the very emergencies that are currently clogging the pipeline. The situation also increases the likelihood of virus outbreaks as vaccines that were previously readily available now take weeks to secure.

Bernstein has no shortage of ideas for solutions, although none of them are unproblematic. You could import veterinarians from other states (but those states also have bottlenecks), relax school admission requirements (but that’s a year-long wait), or upgrade the services of technicians (who are already overwhelmed and underpaid). There are also problems with the distribution of veterinarians that are out there, with a greater shortage in rural communities and constant difficulty in finding veterinarians to work in shelters while trying to pay off heavy educational debts.

She said some solutions could result from regulatory changes that would allow animal shelters to perform more routine care, establish a new class of regulated professionals beneath a full-fledged veterinarian who could work like a nurse, and relax the rules on drug delivery to allow more mobile veterinarians access system.

Bernstein said there is a glimmer of hope in telemedicine for pets. She said the rules were relaxed during the pandemic to allow some expansion of these services, but the long-term outlook for this part of the industry is unclear.

“Some of the more stringent restrictions on telemedicine with pets were put in place during the pandemic. So they made it a little easier … I don’t know how long this will take. “

Basinais said part of the solution is getting more people into the industry. She said wages should be in line with demand, but the staff shortage is so severe that there are vacancies in almost every position.

“So when people realize that I don’t have to be a vet to work in this hospital, there are many jobs across the country for people who have no experience. I think we can actually help solve some of our own problems by taking jobs and getting involved in veterinary work. “

However, she said pet owners are also part of the solution because while some accidents are inevitable, many patients come to the clinics with preventable problems.

“I think so many people don’t know that this is a real problem and that these are problems that the vets face and that it is not just our problem. It is our problem that affects you, the owner, a lot and that is why I cannot tell you how often I see owners for things that are 100% preventable. And it’s frustrating for me, I can only imagine how frustrating it is for her. For me, it’s the educational component of owners who have an incredible opportunity to keep their pets safe. “

She said owners need to do what is best for their pet’s health, not what is necessarily the most fun. Unleashed animals are much more likely to have a serious accident and the home for a pet must be secured in a similar way to a child.

“I can’t tell you how many cases we have every day where an owner comes in because the pet has gotten into their stash of drugs or something inappropriate they shouldn’t have. They didn’t put the lid on the trash can and the dog got a GI indiscretion for eating all of the contents of the trash can. There are so many of them that if they weren’t part of the normal daily influx of patients, it would have a very beneficial effect on the ability to take care of others. “

The situation is dangerous for the practitioners themselves. Veterinarians are two to three times more likely to commit suicide, and one in six people has thought about killing themselves.

Basinais said the profession draws a very empathetic population who have a deep emotional connection to animal welfare. However, your daily experience is a constant stream of animals in distress and often death. That takes its toll, as does interacting with people who are emotionally distressed about their pet’s health.

Basinais said that price gouging allegations are widespread and deeply hurtful to individuals who may be able to pay off debts themselves.

“And so when you have this very empathetic population that works in a private practice that needs to make money to stay open and do business, there’s always that kind of ‘you’re in for the money’ feeling” that projected onto the veterinary staff. I think that, along with the nature of the personality, the fact that veterinary services are quite expensive cannot be done for free. And that, owners, we know they want to take care of them, and if they can’t afford it, it gets very annoying, doesn’t it? “

She said there is no obvious light at the end of the tunnel, but simple kindness and patience are appreciated.

“We know these times can be frustrating, and we ask for your understanding as we address our increased demand and other changes that have changed the way we work, such as closed lobbies and increased security protocols,” says Basinais. “We’re all in it together and at the end of the day we’ll do our best to help you and your pets.”