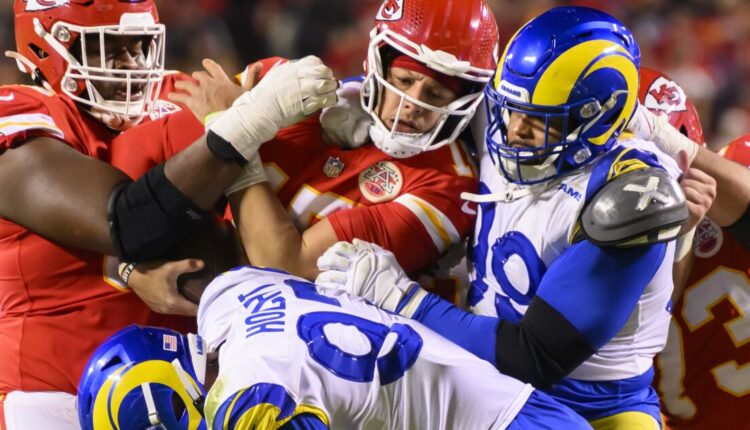 Star defensive lineman Aaron Donald has been diagnosed with a high ankle sprain and will not play when the Rams play host to the Seattle Seahawks on Sunday at SoFi Stadium, coach Sean McVay said Wednesday. The injury will not require surgery, he said.

Donald, a three-time NFL defensive player of the year, was injured during last Sunday’s defeat by the Kansas City Chiefs.

McVay also said quarterback Matthew Stafford remains in concussion protocol and won’t practice Wednesday. When asked about his playing status for Sunday, McVay said it was “safe to say” Stafford will not play.

McVay had said Monday that Donald’s injury was still being evaluated and that his status for Sunday’s game was to be determined.

Donald has missed only two games in his nine-year career. After ending a holdout, Donald sat out the Rams’ 2017 season opener. McVay rested Donald and other starters in that season’s regular-season finale. He has never missed a game because of an injury.

Donald, 31, joins a list of marquee Rams players who have suffered injuries in the last month, including receivers Cooper Kupp and Allen Robinson.